Dr David Samadi, Chairman of Urology at Lenox Hill Hospital, provides his opinion on a prospective cohort study which found an association between men using androgen deprivation therapy for clinically localized prostate cancer and an increased risk for cardiovascular disease. 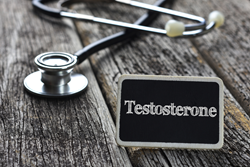 The potential association between androgen deprivation therapy (ADT) and cardiovascular disease has remained controversial. A recent study found an association that cardiovascular disease risk is raised among men receiving ADT with localized prostate cancer. ADT is a form of chemical castration with gonadotropin-releasing hormone agonists prescribed to eliminate testosterone in men with advanced prostate cancer.

“Prostate cancer is a disease fueled by testosterone,” said Dr. David Samadi. “To halt the progression of prostate cancer, ADT is one treatment method that is effective at doing this. Around 45% of men with prostate cancer receive ADT at some point during their treatment. But some studies have raised concerns regarding the possible adverse effects of ADT on metabolism and subsequent cardiovascular risk.”

The purpose of this study was to examine the association between ADT and the risk of cardiovascular disease (CVD). Participants for the study (N=7673) included men with newly diagnosed localized prostate cancer (1998-2008) who had initially underwent active surveillance and who were followed through 2010.

The results of the study showed that out of the total participants, almost 30% used ADT. From this group the study found ADT use was associated with an increased risk of heart failure in men without preexisting CVD. However, men with preexisting CVD were the only ones to see elevated risks of arrhythmia and conduction disorder.

“The hormone therapy of ADT should not be taken lightly and is not for every man with prostate cancer,” stated Dr. Samadi. “We know that the use of ADT will reduce the amount of androgens in a man’s body by slowing the growth of prostate cancer and can even shrink the tumor. But it looks like even as promising as that sounds recommending who will benefit from ADT and who may not needs to be reviewed carefully. It appears that reasons why ADT is suspected of increasing CVD are many – it can possibly increase fat mass, increase low-density lipoproteins and total cholesterol, increase triglycerides, and raise the risk of insulin resistance.”

Dr. Samadi went on to add, “Another possibility why ADT increases the risk of CVD in some men without any preexisting CVD is that often men selected for primary treatment with ADT are typically older in age or worse in overall health than men not using ADT and thereby may have an increased risk for CVD. Basically, what needs to happen is to identify men who are at high risk for CVD who are being treated with ADT. Once identified, those men will benefit from and should have regular cardiac monitoring along with lifestyle modifications such as eating a healthier diet and regular exercise. By addressing these issues, the greater chance we can reduce a man’s risk of developing CVD.”