Drexel expects that August produced 180,000 net new jobs and a stable unemployment rate at 4.3 percent. All indicators suggest that demand remains strong but the availability of talent is the limiting factor. 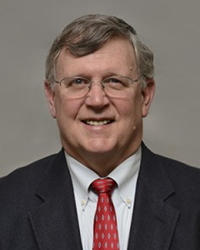 Broader economic growth remains consistently subdued, but remarkably long-running as employment has grown for an impressive 82 uninterrupted months. The cumulative impact of this long-running expansion is an escalating war for talent.

As an economist and seasoned staffing industry professional, Steven Drexel is regularly asked to participate in several monthly surveys and discussions that predict key elements of the Bureau of Labor Statistics’ (“BLS”) press releases describing The Employment Situation. On Friday September 1st, the Bureau of Labor Statistics (“BLS”) will release its monthly summary of labor market activity covering August 2017.

“I expect that August produced 180,000 net new jobs and a stable unemployment rate at 4.3 percent. August’s employment-related economic releases suggest that the labor market remains healthy -- but the plus 200,000 increase reported last month is not sustainable going forward, this deep into the expansion,” comments Drexel. “In the shorter term, the expansion is aging but inflation remains remarkably mild and key sectors like the labor market, industrial production, retails sales, corporate profits, housing, and improving broad-based global growth are all positive and self-reinforcing.”

Drexel reveals that all indicators suggest that demand remains strong but the availability of talent is the limiting factor. “Broader economic growth during the current expansion remains consistently subdued, but remarkably long-running as employment has grown for an impressive 82 uninterrupted months. The cumulative impact of this long-running expansion is an escalating war for talent,” he explains. More detailed evidence and statistics follow to support Drexel’s opinions.

Drexel points to the following detailed evidence to support his considerations:

“The consensus forecast for economic growth and recent estimates for Gross Domestic Product through 2020 are expected to drop one or two tenths for each of the forecast intervals,” Drexel states. “The magnitude of the changes are not overly concerning or noteworthy. However, the direction and consistency of the adjustments is worth observing because it potentially marks a change in momentum.”

More About Cornerstone Staffing
Cornerstone Staffing Solutions ranks among the top largest staffing firms in America and received Inavero’s Best of Staffing® Client Award in 2016 and 2017. Since 2003, Cornerstone has grown from a neighborhood staffing provider to a $100 million national firm that employs thousands of people at hundreds of companies from coast to coast. Providing candidate searching and job placement for administrative, industrial, technical, sales and transportation positions, Cornerstone truly is where talent and jobs meet. Visit Cornerstone at: http://www.cornerstone-staffing.com.