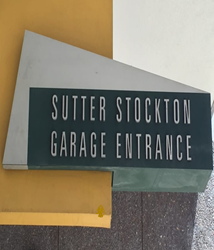 The NES System also slashes — by 96% — costly utility fees which otherwise would be incurred running Sutter Stockton’s mechanical ventilation system 8,760 hours per year (24/7) with no means of motor control in place. Doing so would consume in excess of 800,000 kWh annually, which at the garage’s utility rate of $0.15/kWh, amounts to $10,000 a month or $120,000 a year in electric utility fees.

The energy consumed by the garage’s mechanical ventilation system is now limited to less than 2,700 kWh per month, which amounts to an average, monthly cost of $400. At this rate, the energy savings captured by the NES System throughout its 15-year lifespan will generate a minimum cash inflow exceeding $1.7 million — again not including future utility rate increases.

Sutter Stockton is the second of three garages owned by the City & County of San Francisco at which the NES System serves as the basis of design for upgrading each property’s mechanical ventilation system, with the Golden Gateway Garage and the Japan Center Garage being the other two.

The NES System was selected by City mechanical design engineers based on its ability to: