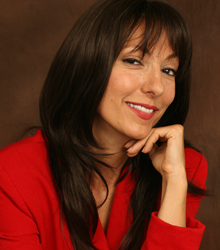 (David Alpizar) .... our results have made me more proactive about promoting health preventive behaviors among my family members, such as reminding my mother, who is 60 years of age, to get her health and cancer screenings and driving her to get these medical tasks accomplished if needed.

Award-winning CSUN Professor Luciana Lagana has been funded for several years by the National Institute of Health (NIH) to study the health challenges of ethnically diverse, predominantly low income older women. With two graduate students who are members of her research team, Dr. Lagana has published an article, entitled “Cognitive Functioning, Health Screening Behaviors and Desire to Improve One’s Health in Diabetic versus Healthy Older Women,” in the peer-reviewed “Journal of Advances in Medicine and Medical Research.” This article is available to the public at http://www.journalrepository.org/media/journals/JAMMR_64/2017/Aug/Lagana2352017JAMMR34173.pdf. In it, the authors compared a group of diabetic older women to a group of older women who considered themselves to be healthy and reported not taking any medication. The results of this study go against many of the findings published in previous empirical literature, which almost unanimously showed that being diabetic is associated with significantly lower levels of cognitive function, as well as a lower likelihood of pursuing non-diabetes related preventive services such as general health and mammogram screenings.

(from the article’s abstract):
Aims: To attempt to fill a gap in the literature on diabetic versus healthy older women on desire to improve one’s health, health screening behaviors, and cognitive health.

Place and Duration of Study: Department of Psychology, California State University Northridge, between July 2013 and June 2015.

Methodology: In this preliminary study, we compared 30 diabetic older women to 42 healthy older women (i.e., respondents who reported having no physical illnesses and not taking any medications) on: desire to improve their health (hypothesized as being higher in the diabetes group), receiving mammograms and regular health screenings (analyzed without any hypotheses, due to the lack of evidence on this topic), as well as cognitive functioning (hypothesized as lower in the diabetes group, based on prior research findings). Participants (N=72, mean age=69.29, SD=6.579, age range=50-90) were multiethnic, non-institutionalized women over the age of 50 residing in Los Angeles County who completed our research packet. The latter contained the first author’s demographics list and her original structured interview protocol on older women’s health, as well as the well-known Mini-Cog.

Results: The results of an Analysis of Variance (ANOVA) showed that, as hypothesized, diabetic women desired to improve their health more than the women in the control group [F (1,70)=11.87, p<.05, η2=.15]. Additionally, upon implementing Chi-square analyses, we discovered that diabetic respondents were significantly more likely to receive mammograms [X2(1)=5.87, p<.05] and general health screenings [X2(1)=4.51, p<.05] than healthy women. Moreover, in contrast with prior literature’s findings, cognitive health in the diabetic group obtained marginal significance in an ANOVA as being better than the cognitive health of the control group [F(1,68)=3.30, p=.06, η2=.05].

Conclusion: We have established a significant relationship between diabetes and a) desire to improve one’s health and b) health screening behaviors, as well as c) cognitive impairment (at a marginally significant level) among diabetic versus healthy women. This has important clinical and public health implications. Although the findings of prior research suggest that diabetic older women often experience impaired cognitive performance compared to healthy older women, our marginally significant results showed that the opposite is true, at least in our ethnically diverse sample of modest size. Moreover, we found that diabetic older women desired to improve their health significantly more than healthy women and pursued cancer screenings and general health screenings more than their healthy counterpart. The limited size of our sample does not allow for generalizations of our findings. Additional research with larger samples is definitely needed to investigate these topics further.

Dr. Lagana’s two co-authors of the article, Kimberly Arellano and David Alpizar, are excited to share their research findings with the public.

Kimberly Arellano is a doctoral student in the Ph.D. Program of Public Health at the University of California, Merced. She holds a Bachelor of Science in Public Heath and a Masters in Public Health with a concentration in Community Health Education from CSUN. The published article is the culmination of Kimberly’s participation in the NIH-funded MARC (Maximizing Access to Research Careers) Program at CSUN, under the mentorship of Prof. Lagana. Kimberly is excited about the findings of the study and believes that they have important implications for older women’s diabetes management. “To target the care and effective management of diabetes among older women, it is crucial to recognize patients' beliefs and attitudes towards their health and illness. Although our study’s results suggest that older diabetic women are faring better than healthy older women when it comes to the receipt of health screenings and, at a marginally significant level, cognitive function, more research is needed in this area, especially on diverse older women,” shared Kimberly. Given the rapid growth within geriatric populations, she looks forward to collaborating on future projects with Dr. Lagana that will continue to address the health and psychosocial needs of ethnically diverse older women.

David Alpizar obtained his B.A in Psychology and M.A in General Experimental Psychology at CSUN. While attending CSUN, he was funded by the National Institute of Health Programs RISE (Research Initiative for Scientific Enhancement) and MARC (Maximizing Access to Research Careers). He is currently a doctoral student at Washington State University and is excited about the findings of this project. “More broadly, my research focuses on gathering empirical evidence to support the meaning of widely used health assessments across multiple cultures through qualitative and quantitative methods. In addition to this, I am interested in investigating a) methodological studies (on issues such as effect sizes and format of tests) in order to evaluate and improve methods use in studies, and b) factors related to health outcomes. The findings of this article have strengthened my belief that more research should be conducted on older adults’ health and medical resources. Also, at a personal level, our results have made me more proactive about promoting health preventive behaviors among my family members, such as reminding my mother, who is 60 years of age, to get her health and cancer screenings and driving her to get these medical tasks accomplished if needed,” concluded David.

Dr. Luciana Lagana is a caring clinical and experimental psychologist. She is also an established professor of psychology, gerontology, sexuality, and women’s health at CSUN, where she teaches classes and mentors many undergraduate and graduate students from several departments. Additionally, she conducts government-funded research on ethnically diverse, mainly low income older women’s physical, psychological, social, and sexual health. Concerning her artistic pursuits, since 2006 she has been studying acting and hosting in Los Angeles (in her teens, she was part of a touring theatrical company in Italy). She is an actor/screenwriter/director/producer with over 30 film festivals' wins listed on IMDb and more than 50 IMDb film, TV, and web series’ credits. For instance, she created, hosted, and directed the award-winning educational project “Dr. Luciana Show – Aging and Falling” and won the 2017 CSUN Exceptional Creative Accomplishments Award for her anti-bias feature films and shows. At CSUN, Prof. Lagana also won the 2011 Preeminent Scholarly Publications Award and the 2008 Visionary Community Service Learning Award.