RChain board grows to seven with the addition of Ethereum proof-of-stake engineer. Blockchain community responds with enthusiasm as token sales grow upon news. 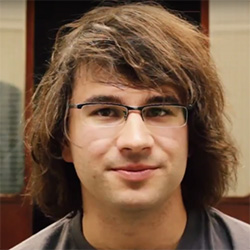 Being a Director of the RChain cooperative is an opportunity to help [...] the blockchain community develop future-proof norms.

The RChain Cooperative announces that Vlad Zamfir, known for his work on proof-of-stake for the Ethereum Foundation, has joined the Co-op’s Board of Directors. Vlad is passionate about enabling social responsibility in technology organizations through blockchain governance.

RChain Co-op’s President and RChain's architect Greg Meredith welcomes Vlad by saying, “Vlad is committed to take the best actions for the greater good. He really resonates with our mission and appreciates our correct-by-construction approach (to build a robust solution correctly the first time). It's not exactly a secret that Vlad, others, and I have actually been collaborating on Casper and sharding for over two years!” You can follow the collaboration on Casper by viewing YouTube videos of the weekly Casper Standup meetings.

Vlad says “I’m satisfied that research Greg Meredith and I have done on Casper and sharding over the last couple of years has been foundational to the RChain ecosystem. I believe in our results and in the formal methods that make them easily defensible.” Reassuring the Ethereum community, Vlad continues “I’ll (of course) continue to contribute to the open-source/public domain development of Casper and sharding through ongoing research, independently and as a contractor for the Ethereum Foundation.” The news of adding Vlad Zamfir as a Board Director comes as the Co-op nears the conclusion of its private token sale, ending September 28, 2017.

About RChain Cooperative
The Co-op is a Seattle, WA based organization led by Greg Meredith, a leader in the blockchain space. Following his leadership and years of building and developing in the decentralized platform world, RChain is creating a platform that will transform blockchain technology and empower its users. The Co-op is owned and controlled by its members. The platform set to release by the end of Q3 2018. More information is at http://www.RChain.coop