Clean Water Systems & Stores Inc, an innovative supplier of water treatment systems for water well systems, has released the updated version of The Complete Guide to Home Chlorination Systems for Well Water. This guide shows how homeowners affected by coliform bacteria in their well water can have clean disinfected water at a low cost. 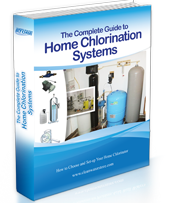 Millions of families and businesses worldwide depend on high quality water from their water wells.

The EPA does not regulate private drinking water wells. Many states and towns do not require sampling of private wells after installation. It is the responsibility of the homeowner to maintain the safety of their water.

Coliform bacteria, odors and iron in well water are widespread problems affecting thousands of wells around the world and can cause discomfort as well as illness.

Water used for drinking and cooking should be free of odor, slime producing bacteria, and pathogenic (disease causing) microorganisms that cause such illnesses as typhoid fever, dysentery, cholera, and gastroenteritis.

Although several methods eliminate microorganisms and odors in water, chlorination is the most commonly used. Chlorination is effective against many pathogenic and non-pathogenic bacteria.

Answers to commonly asked questions are covered, such as:

The new updated 2017 guide is packed with easy-to-read, fascinating yet critical information that no well owner should be without.

Other important questions answered include: