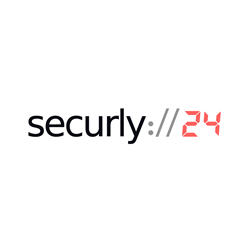 “The reality is that troublesome activities do happen, but not always between the hours of 9am and 5pm. Securly wants to minimize any chance of oversight by adding trained humans back into the equation,” says co-founder/CEO Vinay Mahadik.

In 2017, Securly furthered its “double-bottom line” mission of keeping kids safe online by introducing two free tools - Auditor for emails and Filter for Chromebooks. Within 4 months, Auditor has been implemented by hundreds of school districts to keep over 1 million students safe on Google Mail. In a span of just 2 months, over 700 districts have signed up to use Securly’s free Chrome extension, which provides IT Admins self-harm and bullying alerts across social media, and is an easy way to maintain CIPA compliance. These free users are in addition to the millions of paid student licenses that provide tech support and “any-device anywhere” filtering.

Securly is known for developing artificial intelligence-based automation to flag online activity indicative of bullying, violence, self-harm and sexual predation. While these automated tools provide school personnel access to hitherto unknown insights, they still may not see an important alert until it is too late. “The reality is that troublesome activities do happen, but not always between the hours of 9am and 5pm. Securly wants to minimize any chance of oversight by adding trained humans back into the equation,” says co-founder/CEO Vinay Mahadik.

To address these concerns and compensate for thinly-stretched school staff, Securly’s newest paid service is aptly named “24” and diligently monitored in real-time by real people in conjunction with Securly’s ever-expanding AI. While Filter 24 monitors a student’s activity on the web, social media, and Youtube, Auditor 24 monitors activity across Google emails, documents, and web chat. If the monitoring team finds anything that is cause for concern, parents and counselors will be alerted in real-time based on the judgment and analysis from trained staff members.

The “24” service for Filter and Auditor are Securly’s newest paid products in addition to the company’s award-winning CIPA compliance solution and patented free parental controls for school-issued devices. Taken together, they represent an expanding portfolio of products that position Securly as the student safety company.