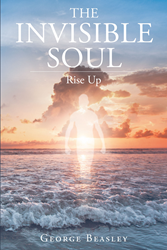 “The Invisible Soul”: a personal account that reveals the small voices that slowly consume people. “The Invisible Soul” is the creation of published author, George Beasley, a man who struggled with the voices of condemnation, fear, and guilt for years. He now lives to tell his story and the events that have changed his life. For more information about George, visit his website at http://www.theinvisiblesoul.com.

“In 2008, The Invisible Soul was released. We know by the word of their testimony many lives have been changed. This second edition, nine years later, will bring you more detail and many more new journeys that came as a result of the original writing. Be prepared to meet new people and experience new emotions as you read this “more detailed than ever” insight into a life as it’s lived out controlled by an invisible soul. Let’s rise up! Together with our creator, God himself, we can have victory in our lives.” --George Beasley

Published by Christian Faith Publishing, George Beasley’s new book shares his struggle with the small voices that consume everyone.

Author George Beasley listened to the voices of condemnation, fear, and guilt for many years. Invisible to so many, his pain and suffering was constant. In writing “The Invisible Soul”, George discovered the mask he had worn for so many years was really an invisible soul that directed his every step.

View a synopsis of “The Invisible Soul” on YouTube.

Consumers can purchase “The Invisible Soul” at traditional brick & mortar bookstores, or online at Amazon.com, Apple iTunes store, Kobo or Barnes and Noble.

For additional information or inquiries about “The Invisible Soul”, contact the Christian Faith Publishing media department at 866-554-0919.