A proposal by a World Olympians Association official that athletes be chipped and tracked like dogs to prevent drug cheats prompts consumer privacy expert Liz McIntyre to form CAMCAT - Citizens Against Marking, Chipping and Tracking. 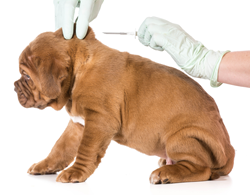 We need legislation that guarantees citizens the right to reject tracking implants without fear of losing the right to work or enjoy other pursuits.

A proposal by a World Olympians Association official that athletes be chipped and tracked like dogs to prevent “drug cheats” has crossed the line, said consumer privacy expert Liz McIntyre.

McIntyre, co-author of Spychips, a bestseller about the dangers of RFID tracking technology, is forming CAMCAT (Citizens Against Marking, Chipping and Tracking) in response, to combat attempts to chip humans forcibly or by threat of losing benefits.

According to The Guardian newspaper, World Olympians Association CEO Mike Miller made the controversial remarks about human chipping at a recent anti-doping forum in London, suggesting that elite athletes would have to accept implants or drop out of Olympic-level competition:

"In order to stop doping we need to chip our athletes…. Some people say it’s an invasion of privacy, well, sport is a club and people don’t have to join the club if they don’t want to, if they can’t follow the rules," Miller was quoted as saying.

“When someone in Miller’s position has the audacity to suggest that RFID dog tracking chips are an acceptable prerequisite for participation in any endeavor, it’s time for action,” McIntyre cautioned. “No human being should ever be forced to accept a tracking implant to fully participate in society.”

While Miller did not spell out what microchip technology he wants to implant in Olympic hopefuls, there are implantable RFID microchips with biosensors that can detect a human or other animal's health status, diseases and substances in the blood. A chip/biosensor combo could theoretically monitor an athlete's blood 24/7 and report aberrations when queried by a nearby reader device -- perhaps a phone with a built-in reader, for example.

McIntyre warned that chipping elite athletes would pave the way for finding excuses to chip everyone.

“We need legislation that guarantees citizens the right to reject tracking implants without fear of losing the right to work or enjoy other pursuits,” said McIntyre. “CEO Miller’s outrageous recommendation made me realize that we are running out of time. That’s why I formed CAMCAT. Lawmakers need to act now to protect their constituents. CAMCAT will work to make that happen.”

Liz McIntyre is a consumer privacy expert and co-author with Dr. Katherine Albrecht of Spychips: How Major Corporations and Government Plan to Track Your Every Purchase and Watch Your Every Move. She works as a consultant for StartPage.com and StartMail.com, privacy-based services to help protect consumers against surveillance.