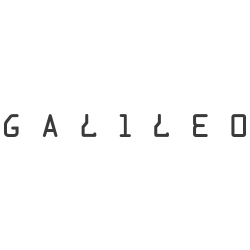 "HackTheU is on a fast pace to become one of the country’s premier collegiate hackathons, and Galileo is thrilled to support the next generation of developers and Utah’s thriving technology industry."

Galileo, an innovative payments processor and program manager based in Salt Lake City, today announced its sponsorship of HackTheU, Utah’s largest hackathon. The 24-hour hackathon will take place on October 27 and 28, at the Tower at the University of Utah’s Rice-Eccles Stadium.

HackTheU expects more than 400 college students from top computer science schools, including the University of Utah, University of California, Berkeley, California Institute of Technology, Carnegie Mellon University and Columbia University, to participate in the coding marathon. The participants will compete for cash and prizes in several tracks, including artificial intelligence, machine learning, fintech (FinX) and an open option. HackTheU will also include keynote speakers and dozens of mentors from local and national companies.

“For a company that delivers the technology behind many of today’s exciting fintech companies, there’s little that’s more important to Galileo than encouraging the next generation of coders and fostering an early interest in applying their skills to the challenges that confront us in our increasingly technologically dependent society,” said Clay Wilkes, President and CEO of Galileo Processing. “HackTheU is on a fast pace to become one of the country’s premier collegiate hackathons, and Galileo is thrilled to support the next generation of developers and Utah’s thriving technology industry.”

“I created HackTheU to bring software innovation and opportunity to students in the region,” said Johnny Le, founder of HackTheU. “Creating a tangible solution from your own idea over the course of a weekend is something truly unique that I hope will soon help hundreds and thousands of students to grow.”

In addition to Galileo’s title sponsorship commitment to HackTheU through 2020, Galileo is hosting the FinX Challenge, its own fintech-focused, multi-month challenge and juried competition in the spring of 2018, during which student developers will create a prototype of a creative new product or concept in fintech.

About HackTheU
Founded in 2016 by University of Utah student Johnny Le, HackTheU is Utah’s largest hackathon. Over the course of 24 hours, teams of five students from across the state and nation develop solutions to various prompts through augmented reality, virtual reality, IoT, and many other kinds of applications. The competition, held at the Tower at the University of Utah’s Rice-Eccles Stadium, also includes workshops for students on various tech topics presented by local industry leaders as well as mentoring, networking and prizes. Learn more at hacktheu.com.

About Galileo
Founded in 2000 as a processor and program manager, Galileo has emerged as a payments industry innovator that applies its forward-looking tech and engineering capabilities to empower fintechs and financial institutions to conquer their challenges and achieve their goals. Galileo leads the industry with superior fraud detection, security, decision-making analytics and regulatory compliance functionality combined with custom, flexible and responsive service to accelerate client success. Learn more at http://www.galileoprocessing.com.