Rare, Authentic, World Music Recordings, Now Exclusively Available In The US and Canada, From Current Music 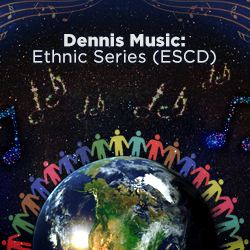 Recorded on location all around the globe, this collection is authentic, rare and timeless. Listeners can explore and license over 40 Albums, including Songs with Vocals.

Current Music is excited to offer access to Dennis Music's authentic Ethnic music collection. Recorded on location all around the globe, this collection is authentic, rare and timeless. Listeners can explore and license over 40 Albums, including Songs with Vocals.

Music is a language that crosses all barriers. Since the beginning of time, man and animal have used rhythmic and melodic sounds to communicate, through every native tongue. This universal pulse is a natural, sonic soundscape, to accompany moments in everyday life, throughout the planet and universe, for all kinds of media worldwide.

Through Current Music, the rights to the recordings and compositions can both be granted ("One Stop" shopping), for licensing in all media, worldwide, in perpetuity. Normally, when a content creator wants to use a song, they need permission from the publisher who controls the actual song itself (the writing of the song), then permission from the record label (the actual recording). If the publisher doesn't give permission to use the song, it can't be used at all: not even sung by an actor on camera, a cover by a local band, or a new and different version by another artist. One Stop licensing means you get permission for all of it in one quick and easy place.

To listen to the entire collection, login at http://search.currentmusic.com/main and click the Dennis Music Ethnic link on the left hand side.