Is Life on Earth About to Be Changed?

Author Annelies George discovered the working of Quantum Physics influencing the increasing natural disasters and violence in this world. It inspired her to write a series of five fiction novels around the topic with the first part "Quest to the Unknown" to be released on Thursday, November 16th. 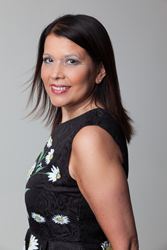 "I aim to inspire people through different elements included in the series. We can change the fate of our planet, if only we start acting now."

"What is the world coming to?" Dutch author Annelies George asked herself when she read yet another article about a natural disaster or act of terrorism with devastating consequences. In fact, the current state of the Earth, combined with an unusual story of a psychic and the fascinating theory of Quantum Physics, inspired her to start writing the Jessie Golden series. George did this after work during the evening hours. Along the way she included some of her own real-life experiences and facts she discovered when researching the world of the supernatural. The first part (Quest to the Unknown) will be released on November 16th by Hybrid Global Publishing.

George, a Dutch ICT finance professional with a track record as successful (EMEA) regional manager and director for large US IT corporations such as General Electric, Cisco, Hewlett Packard and Microsoft, started to write in her youth. Encouraged by her PA, George picked up writing again as an adult, with the purpose of releasing a book detailing her personal adventures as a woman in a male-dominated business environment. Due to circumstances that book was never published.

At present George has written and translated two other parts in the series, Darkness & Light and The Prophecy. Apart from the Jessie Golden Earth Series, George recently started to write a fiction work revolving around a dating site alongside another non-fiction work she completed last year, but feels need a complete revision before it can be published.

When writing part two (Darkness & Light) she started the Loveable Light initiative, with the aim to encourage people to become more aware of their everyday behavior, influencing the current state of this planet. The initiative is closely linked to the message George is trying to pass on in the Jessie Golden Series. More information including a video outlining her thoughts can be found on her website: http://www.loveablelight.com or http://www.anneliesgeorge.com.

Encouraged by her father, who passed away as a result of cancer, she decided to follow her dream and have her books published in the US. Quest to the Unknown is the first in the series. At present, George is taking care of her 84-year-old mother, who has Alzheimer’s.

For questions or interview requests, please feel free to contact her PR, Carla Petersen at: pr@anneliesgeorge.com. Carla will get in touch with you asap.
http://www.anneliesgeorge.com
http://www.loveablelight.com
https://vimeo.com › Annelies George › Videos

Q&A with Annelies GeorgeRead why Annelies started to write and what happened in her life lately.