Jamie Woodruff - the “Ethical Hacker”: From Investor To B3Coin Ambassador! 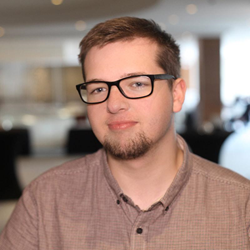 “We are delighted to welcome Jamie to the B3coin community as an ambassador”, commented BornGreat, a member of the B3Coin Core Team. “Jamie is more than a Security Expert to his admirers; he is a true role-model with a fighting spirit (having overcome autism, dyslexia and dyspraxia).

The B3 Coin team has officially appointed Jamie Woodruff, more commonly known by his online name, the 'Ethical Hacker’, as an ambassador. This comes as good news to over 10,000 members of the B3coin community. The coming on board of this highly-respected personality will no doubt, bolster B3 coin’s already strong team.

Who is Jamie Woodruff?

Jamie Woodruff is the technical director of Metrix Cloud LTD, a company that ethically hacks companies to find out their areas of security susceptibility. Jamie is a regular guest on BBC news, was covered by Wired magazine, and is a frequent guest speaker at technology and security conferences all around the world. His job is to exploit security weaknesses and then help companies proffer solutions to them. During his time as a Computer Science student, he once hacked Facebook, as part of the Bangor University student competition. In 2015 Jamie uncovered significant vulnerabilities in Kim Kardashian's website, which further reinforced his reputation as an ethical hacker. He is a certified Penetration Testing Engineer and he lives in London, United Kingdom. He is an international speaker on security matters.

How will his presence benefit the community?

As a highly-experienced security personnel, Jamie brings his wealth of experience to B3coin in providing the necessary technical support needed to ensure that the project is secure and that transactions are not in any way unduly exploited by cyber criminals to dispossess people of their crypto currencies. Blockchain technology has been under constant attack since its inception, and security will remain an important factor for widespread adoption in the foreseeable future.

Jamie knows the areas where hackers exploit; he will help to plug those security loopholes and ensure that users have peace of mind while transacting on B3 Coin's blockchain. Jamie's sharp eye for vulnerabilities will increase B3's awareness and ability to efficiently handle threats.

“We are delighted to welcome Jamie to the B3coin community as an ambassador," commented BornGreat, a member of the B3 Coin Core Team. “Jamie is more than a Security Expert to his admirers all around the globe; he is a true role-model with a fighting spirit (having overcome autism, dyslexia and dyspraxia). He has shown that it is possible to overcome all adversities and barriers. He is a real champion and therefore a perfect ambassador for B3.”

B3Coin is a rewarding and profitable Proof of Stake (PoS) cryptocurrency, which is built on a fast Script Algorithm. It is decentralized, and transparent open-source blockchain.
B3 Coin, a Top 100 ranked crypto currency, is currently listed on coinmarketcap.com, Cryptopia.co.nz, CoinExchange.io and novaexchange.com can easily be traded against Bitcoin, Litecoin and other major crypto currencies.