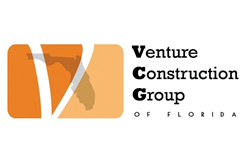 “Increasing awareness is so important to put an end to domestic violence. We invite everyone in the community to stop by this event, shop and help raise money for a very necessary cause,” says Stephen Shanton, president and CEO of Venture Construction Group of Florida.

The Gemma’s Angels Foundation Boca Raton is dedicated to raise awareness and end domestic violence in honor of Gemma Burlakoff and her fight to save her children. In 2013, Gemma fought heroically with her husband, the father of her children, in a violent domestic dispute to protect her children. Gemma was murdered in front of them.

AVDA provides a state-certified domestic violence center that offers a comprehensive array of services for victims of domestic violence including a 24-hour crisis hotline, emergency and transitional housing, advocacy, counseling and support to help them live violence-free and self-sufficient lives. AVDA also works throughout the community to educate and engage people of all ages in the commitment to prevent violence.

“It’s so important to continuously raise awareness about domestic violence. This is a tragic and a pervasive issue that isn’t going to magically disappear. It doesn’t just affect one person, it affects the entire family, it affects so many,” says Sandra Lawson, operations director at Venture Construction Group of Florida, co-founder of Gemma’s Angels, sister of Gemma Burlakoff.

According to a report by the American Psychological Association in 2014, over 4.7 million women experience physical violence by an intimate partner every year. According to a report by the Centers for Disease Control and Prevention (CDC) last July, most murders of American women involve domestic violence and in 93 percent of those cases, victims were killed by current or former intimate partners.

According to the National Domestic Violence Hotline, more than 1 in 3 women (35.6%) and more than 1 in 4 men (28.5%) in the United States have experienced physical violence and/or stalking by an intimate partner in their lifetime. According to the National Coalition of Domestic Violence, domestic violence is prevalent in every community, and affects all people regardless of age, socio-economic status, sexual orientation, gender, race, religion, or nationality. Physical violence is often accompanied by emotionally abusive and controlling behavior as part of a much larger, systematic pattern of dominance and control. On a national scale, an average of 20 people are physically abused by intimate partners every minute, which equates to 10 million abuse victims annually. On a typical day, domestic violence hotlines receive approximately 20,800 calls. 19 percent of intimate partner violence involves a weapon. Intimate partner violence accounts for 15 percent of all violent crime. 1 in 3 female murder victims and 1 in 20 male murder victims are killed by intimate partners. 72 percent of all murder-suicides are perpetrated by intimate partners. 94 percent of murder-suicide victims are female. 19.3 million women and 5.1 million men have been stalked which equates to 1 in 7 women and 1 in 18 men. Over 66 percent of female stalking victims reported stalking by a current or former intimate partner.

“Increasing awareness is so important to put an end to domestic violence. We invite everyone in the community to stop by this event, shop and help raise money for a very necessary cause,” says Stephen Shanton, president and CEO of Venture Construction Group of Florida.

About Gemma’s Angels Foundation
Gemma’s Angels Foundation is dedicated to raising awareness to end domestic violence in honor of Gemma Burlakoff’s fight to save her three daughters. Gemma was brutally murdered in front of her children in a domestic dispute in 2013. Gemma successfully saved her children's lives and lost her life in doing so. Gemma fought heroically to protect her children. Unfortunately, no financial support was left behind to provide and care for her daughters. Gemma’s Angels Foundation was launched in 2014 and thrives on the support of businesses, fundraisers and major awareness events. Anyone who needs help please contact the National Domestic Violence Hotline at 1-800-799-SAFE. Florida residents in need of help may contact the Florida Domestic Violence Hotline at 1-800-500-1119.

About Kendra Scott
Kendra Scott is a leading fashion accessories brand inspired by the personal experiences, travel and sense of community of its CEO and Designer, Kendra Scott. A true omni-channel business, Kendra Scott is sold at premiere retailers including Nieman Marcus, Nordstrom, Bloomingdale’s, Von Maur and over 600 specialty boutiques worldwide, the brand boasts a thriving web business and over 50 stand alone retail stores across the United States. The brand is well-known for its comprehensive suite of elegantly designed jewelry pieces as well as lifestyle categories such as beauty, home goods and fine jewelry. The brand also offers the Kendra Scott Color Bar™, an innovative jewelry customization experience available in all Kendra Scott stores as well as http://www.KendraScott.com.