Global consumer media usage & exposure grew 3.1% to an average of 49.2 hours per week in 2016, and is projected to increase 1.9% this year, driven by the availability of more digital content for wireless devices, such as traditional media operators developing apps for consumers to access content on smartphones, according to new research by PQ Media. 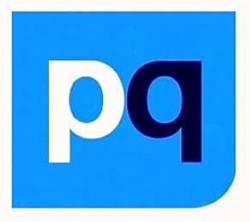 PQ Media. Intelligent data for smarter business decisions. Are you ready? Get the data.

Digital media usage is expected to grow 10.1% to 10.7 hours per week in 2017, accounting for 23.6% of global media usage, up from 14.1% in 2011. Among the high-octane channels driving growth are mobile video, audio and books, the three fastest-growing digital media channels.

Global consumer media usage & exposure, including all digital and traditional media combined, is on pace to grow an estimated 1.9% to an average of 50.0 hours per week (HPW) in 2017, according to new research from PQ Media. Consumer time spent with media worldwide is projected to increase another 2.5% in 2018, according to PQ Media’s Global Consumer Media Usage & Exposure Forecast 2017-21.

In some major markets, such as the US, internet media usage is already declining on an annual basis. In addition, mobile media usage growth is decelerating annually because many markets are near saturation with over 80% wireless device penetration, as well as some major media markets reporting declines in mobile phone subscribers over the past few years, including Brazil in 2016 due to economic instability.

PQ Media analysts noted that the continuing shift of consumer time spent with media to digital devices and mobile media has distinct generational overtones across the globe. Although i-Gens (born after 1996) use media the least – slightly over 25 HPW in 2017 – 36% of their media consumption is done via digital devices. By comparison, the Great Generation (born before 1945) use media the most at nearly 72 HPW worldwide, but only 17% of their media consumption occurs on digital devices.

Meanwhile, traditional media usage is on pace to decline 0.4% in 2017 to 38.2 HPW, the first overall decline of conventional media ever recorded worldwide, although individual markets have registered declines in traditional media usage for years. Only two of the eight traditional media platforms tracked by PQ Media generated growth in 2016 – radio at 2.7% and print books at 1.4%, as radio is an important medium in rural areas across the globe and younger demos preferring print books over e-books due to screen fatigue, according to PQ Media's Global Consumer Media Usage & Exposure Forecast 2017-21.

“Media consumption continues to grow as consumers have 24/7 access to content, often driving growth, not declines, in hybrid media silos, such TV viewing rising when terrestrial TV viewing is combined with streaming videos of TV episodes,” said PQ Media President Patrick Quinn. "In fact, the digital extensions of traditional media content, like TV subscription services, accounts for more than half of all internet and mobile media usage.”

In the US, the world’s largest media market, overall consumer time spent with media is projected to grow an estimated 0.3% to 70.7 hours per week in 2017, followed by an anticipated 1.8% gain in 2018 due to Olympics and political campaign viewing. While mobile media is driving growth, there are indications that growth will decelerate going forward as fewer consumers are purchasing their first computer tablets and shipments have fallen over the past few quarters.

Digital media usage & exposure is estimated to rise 6.0% in 2017 to 26.4 HPW, accounting for 37.4% of overall time spent with media in the US, up from 24.7% in 2011, PQ Media found. Mobile audio, mobile video and mobile books, were the three fastest-growing digital media channels in 2016, with a surge in audio subscription services during the year, as they more than doubled in size. OTT video viewing was the only non-mobile digital channel to post a double-digit gain in 2016, as more streaming services roll out more original scripted programming, with Amazon reportedly having a larger production budget than most cable networks.

Traditional media usage & exposure in the US is on pace to decrease 2.9% in 2017 to 44.2 HPW, despite growth in viewership and readership at many news outlets. The Greatest Generation will top all other demo groups in 2017 with total media usage of 89.7 HPW, while i-Gens will spend 53% of their time spent with media using digital devices, according to PQ Media.

The new Forecast covers the 2011-21 period, with more than 850 tables, charts and graphs in a 450-slide PowerPoint deck featuring more than 250,000 data points. In addition, users can drill down into the Top 20 Global Markets with a Companion Excel Databook, delivering hundreds of deep-dive datasets by country, platform, channel and generation. Download your free executive summary and sample datasets at: http://www.pqmedia.com/gcmuef2017.html