Official Selections for the 12th Annual Beaufort International Film Festival will include film submissions from around the world. Hollywood Legend Dale Dye and South Carolina Set Decorator Missy Ricker will also be honored 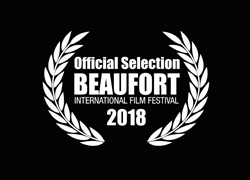 "Every human emotion will be affected, ranging from intense anxiety to a pull on the funny bone."

The Twelfth Annual Beaufort International Film Festival (BIFF) will host thousands of film lovers from around the world starting Feb. 21 and continuing to Feb 25 in the historic coastal town of Beaufort, SC. Considered one of the fastest growing film festivals in the southeast, festival organizers are expecting their biggest crowds yet. With over 12,000 attending some part of the five day festival in 2017, even more are expected to attend in February.

Awards will be presented in the areas of Features, Documentaries (Feature and Short), Short Films, Student Films, Screenplays, Animation. Comedy and Audience Choice. Also, winners will be named for Best Actor, Best Actress, and Best Director

BIFF 2018 also marks the inaugural presentation of the Pat Conroy Lifetime Achievement Award. The award is being presented to Military Technical Advisor, Actor, and Author Dale Dye. "If you look at his body of work in the film industry over the past three decades, read the stories from the directors he has worked with like Robert Zemeckis, Steven Spielberg, and Oliver Stone, you’ll see why we’re so very honored to present the first Pat Conroy Lifetime Achievement Award to Hollywood Legend Dale Dye,” stated Beaufort Film Society President Ron Tucker.

Set Decorator Missy Ricker will receive the prestigious “Behind the Scenes Award” for her nearly 20 years of career achievements in the film and television industries.

"Our Official Selections represent the very best in filmmaking brilliance. Every human emotion will be affected ranging from intense anxiety to a pull to the funny bone." stated Rebecca Tucker, Co-Festival Director.

The 2018 Beaufort International Film Festival Finalists are as follows:

Nothing To Do Directed by: Mike Kravinsky, Arlington, VA (SC Premiere)

In A Dream (Short Film)

The Spirit Of Columbus Written by: Eric Carlson, Williamsburg, VA

Paul Fahrenkopf (Nothing To Do - Feature Film)

Mike Kravinsky ( Nothing To Do - Feature Film)