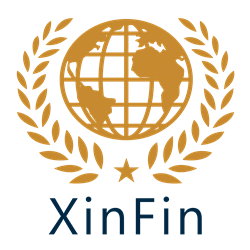 XinFin’s XDC blockchain has the potential to make an outsized impact on offsetting price volatility—all thanks to its easily deployable smart contracts that clock in a unique hedging feature.”

Bitcoin surged to all-time new highs, smashing through $14,000 and hitting above $19,000 in increased frenzied trading on Coinbase exchange. December 7, 2017 might be another rip-roaring day for this digital currency; people cannot turn a blind eye to its screaming recovery from a 20 percent drop last week. Yet, again, Bitcoin slumped to $14,566 from earlier day’s high of $17,153. Bitcoin rocketed above $19,300 before notching a huge drop on December 8, 2017. The current scenario points out to a short-term euphoria and these maniac price levels have put the cryptocurrency in a place where it can suffer a severe crash. The recent price fluctuations in Bitcoin imply that the cryptocurrency is highly volatile where it can go as high as 10x the current price in US dollars and slump to 20-30 percent in a relatively short period of time.

XinFin CTO, Karan Bharadwaj said, “Bitcoin’s excruciating volatility makes it highly unacceptable for real-world trade use cases. Such price downturns might result in heavy losses to participants involved. XinFin’s XDC blockchain has the potential to make an outsized impact on offsetting price volatility—all thanks to its easily deployable smart contracts that clock in a unique hedging feature.”

With this technological innovation, recipients receive exact FIAT value of their trade (net of commissions), at the time of smart contract closure. Established by XinFin, the hedge pool is the least complicated and ‘safest’ way to mitigate the risks of XDC trading where 10% of XDC tokens will always stay reserved for guaranteeing the trade.

According to analysts, while the hedging market for cryptocurrencies still has a long way to go, the sustainability and viability of the hedging solutions is mostly dependent on the measures making its way into the market. XinFin’s implicit hedgepool comes as a relief for investors witnessing insanely volatile standards set by Bitcoin.

“It’s for the first time in the history of commerce that a speculative bubble has been established around an asset that has no clear intrinsic value. While its extrinsic value is driven by its ever-increasing demand and its constrained supply, smart technologists around the world have failed to substantiate the Bitcoin’s intrinsic value,” said, Atul Khekade, XinFin Mentor & Ecosystem Development Head.

“While Bitcoin is based on pure speculation driven by growing demand and limited supply, XinFin strives to explore the cryptocurrency space by establishing a finance use-case based architecture. Our XDC protocol is a game-changing technology that adds the efficiency of blockchain tech to the real world asset financing processes,” said Karan Bharadwaj, XinFin CTO.

With real time monitoring of assets financed on the XDC blockchain, participants can track real-time value depreciation in accordance with standard processes. Moreover, the valuation is present in a standardized and appropriately public form in case the asset needs to be refinanced or sold.

Bitcoin might stick to its promise of processing diversified transactions more seamlessly by reducing the need for central intermediaries, many banks and exchanges have been leveraging Bitcoin Blockchain Technology for financial transactions overlooking its public visibility.

XinFin CTO, Karan Bharadwaj said, “The public visibility of Bitcoin Blockchain can be exploited to compromise sensitive financial information. It has been exhaustively mapped out such that transactions can be traced in ways that are unsecure and trustless”.

XinFin and its underlying Hybrid blockchain are game-changing technologies that focus on reshaping and revolutionizing the global world economy. Taking advantage of all the noise in the blockchain technology territory, XinFin knocked off one-of-its-kind Hybrid Blockchain, also monikered as ‘XDC Blockchain’. Perpetuating a public as well as a private state, Hybrid Blockchain is exceptionally adapted for enterprise use cases.

“Using our Hybrid Blockchain, institutions can keep their financial transactions private but still be verifiable by an immutable record on the public state of blockchain,” said Karan Bharadwaj.

Contrary to Bitcoin that gets “mined” into existence, XDC Blockchain does not employ mining to add transactions to the blockchain. “Bitcoin or Ethereum are public blockchains running on public nodes that often participate in the mining activity. The mining adds new blocks of transactions to the blockchain. These mining nodes are arranged as clusters draining an enormous amount of electricity. The costs involved in this infrastructure including all hardware and ISP fees, is counterbalanced by paying incentives to miners to ensure running their nodes,” said, Karan Bharadwaj, XinFin CTO.

He added, “Since Hybrid and Private blockchains do not practice mining, the incentives and costs involved in these blockchains are fundamentally contrasting. XinFin’s newly established XDC blockchain is a Hybrid blockchain that does not allow public hosting of its nodes. So, it’s mandatory for all corporates and financial institutions to obtain a membership if they want to own a stake in the XDC token pool.”

With its three tiers of membership: Tier 1 which is open to all participants in the XDC ecosystem and Tier 2 & 3 which is obtained by organizations that purchase a certain number of XDC tokens, XinFin’s larger vision is to extend these members the ability to host validator nodes that correspond to ‘mining’ nodes in the public blockchain paradigm. What is more, members can create and run private blockchain networks connected to the public XDC blockchain.

Having deep-sixed mining all together, XinFin aims to leverage the power and security of private and permissioned sub-networks and the public XDC blockchain. Bitcoin which is raised on Proof of Work consensus mechanism is highly energy intensive that makes it unfitting for enterprise blockchain use cases. The XDC blockchain is undemanding and doesn’t need additional energy over its necessary IT infrastructure.

“Derived from algorithms that ensure BFT, the consensus mechanism integrated into the XDC blockchain is both secure and fast. While fees paid to miners for transactions are causing delays in Bitcoin transactions, XinFin has shut the doors on any such possibility by ousting ‘mining’ all together. Moreover, it was recently discovered that people who paid higher transaction fees did not face any kind of delays with Bitcoin than those that paid lesser,” admitted XinFin CTO.

Having comprehended the alacrity and drive with which today’s enterprise work, XinFin devised the XDC01 protocol that has the potential to carry out 250 transactions per second as opposed to Bitcoin design that can process 3-4 transactions only. Moreover, XDC tokens enjoy a transaction time of few seconds vs. Bitcoin transactions that take more than 30 minutes.

About XinFin
XinFin (http://www.XinFin.org) is a Singapore based Blockchain technology company focused on international trade and finance. The company’s focus is to liaise with governments and enable lowest cost infrastructure financing to help bridge the wide infrastructure deficit that global economy has. XinFin has developed a high scalable, secure, permissioned and commercial grade Blockchain architecture that combines the best features of Ripple, Quorum and Ethereum. XinFin Blockchain is powered by XDC01 protocol where underlying XDC tokens can be traded against FIAT currencies or other crypto-currencies and will also act as an underlying settlement mechanism.