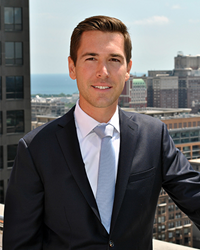 "Jon has been an instrumental leader since joining Advanced. WunderLand's team is enhanced by his leadership," said Leo Sheridan, CEO of Advanced Group.

Mr. Jelinek has been promoted from within, previously serving as Managing Director at Advanced Resources, an affiliate company. WunderLand Group and Advanced Resources are part of the Advanced Group, an industry-leading diversified professional staffing, consulting, and outsourcing organization.

As President of WunderLand, a Best of Staffing company, Mr. Jelinek now leads all aspects of their growth strategy for all locations in Chicago, IL; San Francisco, CA; Seattle, WA; Wilton, CT; and New York, NY.

“Jon has been an instrumental leader since joining Advanced,” said Leo Sheridan, CEO of Advanced Group. “He is known for his servant leadership, ability to create a high performing team, and hands-on ability to create results that exceed expectations. WunderLand’s team is enhanced by Jon’s leadership.”

Mr. Jelinek is active in the staffing industry, participating in Chicago SHRM, HRMAC, STAR Chicago, and ELITE. He has served on the Board of Directors for Chicago SHRM since January 2016.