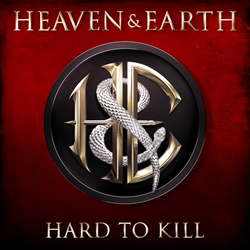 “On all fronts, "Hard To Kill" is an album that demands your attention,” says Michael Molenda, editor-in-chief of GUITAR PLAYER Magazine. “I recommend a total surrender, because those who absorb its savage beauty will be rewarded with a transcendent musical experience.”

“At Quarto Valley Records, Rock n' Roll is our passion and this album definitely ROCKS!" says Bruce S. Quarto, President & CEO. "With its unbelievable sound, insightful lyrics, and catchy melodies, fans are sure to love this record as much as I do.”

Taking Hard to Kill as a whole, the eleven original songs ring true and the melodies unfold like you have known them your whole life. The title track serves as the band’s anthem, a testament to perseverance and the power of rock. “L.A. Blues” exposes the pitfalls of living in the City of Angels, while “The Game Has Changed” dramatically contrasts the past with the present. Meanwhile, “Til It’s Over” will earn the admiration of longtime rock listeners, just as the attitude in “Bleed Me Dry” and “Walk Away” will speak to any modern music fan.

The album is available to pre-order via Heaven & Earth’s PledgeMusic campaign. In addition to pre-ordering Hard To Kill, fans can purchase a range of exclusive merchandise and special offerings from the band.

Praise for Hard To Kill:
“The reinvention of rock comes to you from Heaven & Earth. A band that brings every riff you ever wanted into the 21st century.” —Chris Lord-Alge, Multi Grammy award-winning mix engineer.

“We figured there was no way Heaven & Earth could get any better after the amazing "Dig" last time, but by gosh Stuart Smith and the boys have come through like champions. "Hard To Kill" might be the best release of 2017. Smith plays like he's on fire and Joe Retta sings like a god.”—Gerry Gittelson, Metal Sludge Editor.

"The new album from Heaven & Earth is the real deal. Many great songs start out as a great riff, and this album is full of them. Intention, intensity, and emotion. All three are in play here. Well done, guys. Keep On Rocking’!" —Edgar Winter, American rock and blues musician.

For a review copy of "Hard to Kill," please email Lynn(at)RichlynMarketing(dot)com.