With the U.S. declining in its belief and practice of religion according to the PEW Research Center, some tout a recent spiritual awakening at the White House. Prayer advocate Marlene Salcher issues a challenge to Americans to take the opportunity of the 911 anniversary to pray for the nation rather than waiting for another national tragedy to bring them to their knees. 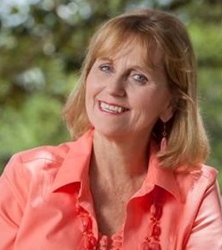 Will we wait until a new disaster comes on our country, or will we bow our knees now, repent, and ask Him to have mercy upon us and save us from any attack that could come our way?

In the wake of the 16th anniversary of 911, Marlene Salcher, who has spent the last two decades teaching prayer habits, urges Americans to remember this event on their knees. When the terrorist attacks occurred in New York City, Washington, D.C., and Pennsylvania on September 11, 2001 and 2,753 people lost their lives, people poured into churches across the nation. The horrific events seemed to inspire a need for help from someone greater than mere humans to make sense of what happened and to provide protection from the atrocities of life. However, George Barna, of Barna Research, polled people about their religious activity not long after the attack and found that the number of people attending church and praying was the same as it was prior to the attack. It seems that the traumatic attack had no long-term effect on spirituality.

According to a 2014 PEW Research Study, the belief and practice of religion is declining in America. However, there appears to be a remnant of Christians who have increased their prayer activity for the nation in recent days. Prayer groups centered around praying for the nation have arisen, including the Liberty Prayer Network’s 24/7 National Strategic Prayer Call where rotating members unite in prayer by phone, as well as the Presidential Prayer Team, a 24-7 prayer watch to pray for the president and the country. Also, the National Day of Prayer Task Force is encouraging prayer during the 2017 anniversary of 911 through their movement, “Cry Out America Patriot Day 911,” with live events occurring in conjunction with Patriots Day in some cities. Many devoted Christians hang on to the promise in scripture that states, “if my people, who are called by my name, will humble themselves and pray and seek my face and turn from their wicked ways, then I will hear from heaven, and I will forgive their sin and will heal their land.” (2 Chronicles 7:14 NIV)

CBN has gone so far as to say that a “spiritual awakening is underway at the White House.” They reported that weekly prayer meetings are taking place in the White House, the Trump Cabinet Bible Study, with attendees being some of the most powerful people in U.S. government. This is possibly the first presidential cabinet-level Bible study in nearly 100 years according to Ralph Drollinger of Capital Ministries—the leader of the Bible study.

Salcher believes that this year is a critical time for Americans to return to prayer, considering much political unrest in America, including another threat from Kim Jung-un, leader of North Korea. According to The Sun (UK Edition) Kim Jong-un is vowing an attack on America, demanding “justice” for Donald Trump trying to “isolate and stifle” his country. Salcher states, “Will we wait until a new disaster comes on our country, or will we bow our knees now, repent, and ask Him to have mercy upon us and save us from any attack that could come our way?”

Salcher, the author of “God Speaks to Me? Tuning into the Living God” and leader of prayer groups for over 20 years, calls on Christians across the nation to follow the scriptural mandate to repent of their sins and call on God in remembrance of 911. Many Christian leaders have issued similar challenges in previous years, including Anne Graham Lotz and Michael Youssef. “I ask that September 11, 2017, be a new beginning for Christians to pray every day for our nation until we see revival and a return to our Christian heritage,” challenges Salcher.

For more information on Salcher’s prayer ministry, go to Marlenesalcher1.com

ABOUT MARLENE SALCHER
Marlene Salcher is a writer, speaker, mentor, and author of “God Speaks to Me? Tuning into the Living God.” She is known as a woman who believes in the power of prayer and has appeared on TBN to share her insights on prayer. She has served in women’s ministry for over twenty years, founding “The Nest,” a prayer ministry for women to train them for Christian service. She is active in mission’s work, having traveled overseas with Samaritan’s Purse (World Medical Mission) and is on the leadership team of Roaring Lambs, an international ministry to equip Christians to communicate their faith.

God Speaks to Me? Tuning into the Living God