Healthy drink options, like those provided by HealthyYOU Vending, provide a healthy alternative in the wake of Seattle's increased tax on regular sugar-sweetened beverages. 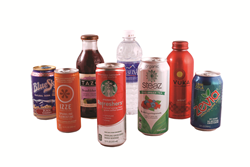 Some of the healthier drink options found in HealthyYOU Vending machines.

Joining a handful of other U.S. locales with similar levies, Seattle voters enacted a 1.75 cents-per-fluid-ounce tax on the distribution of sodas and other sweetened beverages such as sports drinks and energy drinks in June 2017. That amounts to 21 cents tacked on to every 12-ounce can or bottle. Distributors will be required to pay the tax and they’re expected to pass on at least some of the added costs to consumers. The new law went into effect on New Year’s Day, 2018.

Seattle is among the latest municipalities nationwide that have voted in favor of soda taxes. Since Berkeley, Calif., enacted such a levy in 2015, seven other municipalities, including San Francisco and Philadelphia, have backed similar taxes, according to Real Food Media, an advocacy group that promotes “sustainability and equity along the food chain.”

Diet sodas are among the drinks excluded from the tax (other exclusions include drinks where milk is the primary ingredient, 100 percent juice drinks and alcoholic drinks that contain sugar). Whether to include diet drinks was a major issue for the City Council when the law was passed last June.

Councilwoman Lisa Herbold tried and failed to get diet drinks added to the tax; Councilman Tim Burgess said it was better to keep diet drinks available as a cheaper alternative to sugary drinks.

Researchers with the University of Washington Department of Health Services will be studying whether the tax helps reduce consumption of sugary drinks.

HealthyYOU Vending is the world leader in the healthy vending industry. With their corporate offices located in Kaysville, Utah, the HealthyYOU team is dedicated to making healthier snacks, drinks and food products more accessible to people across North America. Their vending equipment is privately manufactured in the United States at a state-of-the-art facility. Owner/Operator opportunities for serious-minded and health conscious entrepreneurs are currently available in most states.