John Kotleba has wide experience in the title industry in operations, branch management and sales 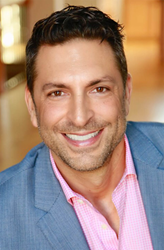 John's having both agency and underwriter experience over 24 years gives him insights that few others can claim. As we continue to grow our sales team, he is a natural fit with NATIC’s philosophy to create partnerships with our agents.

“John’s experience and willingness to assist will be a huge value-add to our agents in Georgia,” said Rich Griffin, NATIC vice president and national sales manager. “Specifically, having both agency and underwriter experience over 24 years gives him insights that few others can claim. As we continue to grow our sales team, John is a natural fit with NATIC’s philosophy to create partnerships with our agents.”

Most recently, John served as vice president and national commercial account executive for a major title insurance company, and was located in Alpharetta, Georgia. Previously, he worked as chief operations officer for a Los Angeles-area escrow company, as county manager of 10 title company branches in the Bay Area, and as a title insurance company’s sales manager covering 16 Northern California branches.

“I am pleased to join the forward-thinking NATIC team that provides a positive working environment where I can build rapport and create strong relationships with our Georgia agents,” said Kotleba. “I value accessibility, accountability, honesty and hard work, and look forward to engaging with our agents and seeing them reach their full growth potential.”

About North American Title Insurance Co.
North American Title Insurance Co. (NATIC) is a seasoned title insurance underwriter, helping title agents achieve the goal of true business success for over 50 years. The company operates in 39 states and the District of Columbia. NATIC earned the reputation as the “underwriter next door” because its decision makers and associates are easy to reach and their processes are quick and straightforward, including a one-hour underwriting response guarantee that is unparalleled in the industry. The NATIC agency application process is fast and transparent for qualified agents.

NATIC is in Peer Group 1, which groups companies with total assets of greater than $100 million as determined by Kroll Bond Rating Agency Inc., and is ranked 6th by The Performance of the Title Insurance Underwriters© in terms of cash or cash equivalents. NATIC generated more than $230 million in agency premiums in 2016 and maintains a policyholder surplus of approximately $74 million as of Dec. 31, 2016.

NATIC earned a rating of: A' (A Prime) Unsurpassed from Demotech, Inc., A- from Kroll and B++ (Good) from A.M Best. NATIC is headquartered in Miami, Florida. To learn more, visit http://www.natic.com.