Gamer-Dating.com is an intuitive matchmaking platform that allows gamers to chat with thousands of like-minded singles. 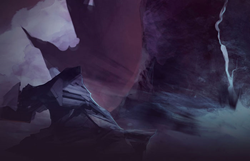 It's time to level up your dating game.

Gamer-Dating is a safe platform that provides all gaming enthusiast with a chance to express themselves, meet other similar singles, and connect with them on a more meaningful level.

For passionate gamers, 2018 is going to be one of the best years ever. Many new and long-anticipated video games are scheduled to make an appearance this year. Also, a lot of old-school games (like Shadow of the Colossus for example) will get new re-releases and remakes. Despite the fact that video gaming industry is one of the most profitable ones worldwide, young gamers still have a lot of trouble when it comes to finding romantic partners. This is exactly why this dating site for gamers could be an absolute game-changer for these young men and women.

Video gaming is one of the most popular activities in the world right now. A lot of young people are even making a good living out of it, so it's safe to say that gaming is becoming a regular and a very profitable profession. According to the ESA study from last year, there are more than 1.8 billion gamers in the world. The average age of these men and women is 35. PC gaming is slightly more popular than the console gaming and when it comes to gender, 59% of the gamers are male, and 41% of them are female.

This gender equality suggests that meeting gaming partners shouldn't be a tough task. Even though gaming is rather popular online, these people are still not quite accepted in their social circles. People simply can't understand and appreciate their passion, which makes it rather hard for them to meet gamers in real life. Fortunately for them, dating sites like this one allow them to connect with like-minded people all over the country and world.

Gamer-Dating is a safe platform that provides all gaming enthusiast with a chance to express themselves, meet other similar singles, and connect with them on a more meaningful level.