According to Charity Deductions, the new tax laws make bunching more important than ever. 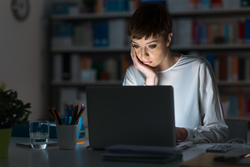 The key is to be sure you're getting the maximum value for each non-cash item you donate.

It’s been over a month since the 2018 Tax Cuts and Jobs Act passed, and throughout the country CPAs, taxpayers, and even the IRS are still sorting through the impacts of the 500+ page bill.

“The playing field has changed,” says CPA Gary Ensz of Ensz, Neimeyer & Associates. “The goalposts are no longer where they used to be.”

One tax strategy that will be popular with taxpayers who wish to itemize their deductions is called “bunching.” While it’s not new – Ensz has utilized bunching with his clients for years – it is expected to be an advantageous approach for those who wish to itemize within the restraints of the new tax bill.

Bunching – grouping and itemizing as many deductions as you can in one year, and then simply claiming the standard deduction the next year – is an approach Ensz says will benefit many taxpayers.

He notes that, for many clients, their charitable contributions make a big difference in their total itemized deductions. “The key,” he says, “is to be sure you’re getting the maximum value for each non-cash item you donate.”

To do so, Ensz has utilized a web-based software tool called Charity Deductions to help his staff and clients organize – and maximize – their charitable contributions.

In fact, after using the software for the first time in 2011, Ensz now actually pays the annual license fee for each of his clients. “It’s an absolute win-win,” he says. “Clients are happy they’re getting top value for their donations. And I’m happy because it’s an enormous time saver – which is a benefit that can’t be understated during tax season.”

“The new laws make it absolutely vital that taxpayers get fair market value for their charitable donations,” says David Anderson of Charity Deductions. “Our software allows them to accurately, legally maximize their itemized deductions.”

Tom Dembinski, a retired dentist in San Diego, has used the software since 2007. “It absolutely automates the process of giving,” he says. “Charity Deductions saves me an average of $750 each year, which is not bad for a $25 investment.”

The Charity Deductions software is extremely easy to use. Users simply enter the list of items they donated, and they receive an accurate fair market value for every single item. Their charity donations are combined with any other deductions they claim to yield the most optimized return possible.

In the past, the company sold over 50,000 licenses each year. With the new legislation in place, Anderson expect an increased demand from taxpayers searching for ways to maximize their itemized deductions.

ABOUT CHARITY DEDUCTIONS
CharityDeductions.com was established in 2003 as the first web-based valuation software for charitable donations. Featured in the Wall Street Journal and on ABC’s Good Morning America, it provides thousands of fair market values for charitable donations as well as tracking and organizing charitable money and mileage contributions. The San Luis Obispo, California-based company has made extensive use of customer feedback and a philosophy of ‘continuous improvement’ to develop a software application trusted by tens of thousands of taxpayers each year. Visit us at: http://www.charitydeductions.com