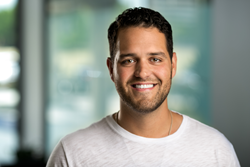 More than 350 eligible nominations were submitted this year, representing nearly every industry of North Texas. In the end, judges found the most impressive group of 40 individuals under age 40.

“This year’s class of honorees is a testament to the strength of the North Texas business community,” said Tracy Merzi, publisher of the Dallas Business Journal. “It’s clear that the region will be in capable hands years into the future.”

Everett made an impression on judges for his work at S2 Capital, a firm he cofounded in 2012. Today it boasts an asset value of $1.2 billion and has invested more than $150 million in capital improvements, with revenue exceeding $175 million. The company has grown to 250 employees across three different regions.

Even with Everett’s work at S2 Capital, he still finds time for local causes, such as Jonathan’s Place and the Dallas Children’s Advocacy Center.

“Scott is an example of why this year’s class of honorees is so impressive,” Merzi said. “His work with S2 Capital is truly noteworthy.”

The Dallas Business Journal will present its 40 Under 40 awards for 2018 on March 20 at Venue Forty50 in Addison, Texas.