Terry Mathis’ presentation titled “Ready to Win – Creating Effective Teams” is a popular topic based on his recent article. 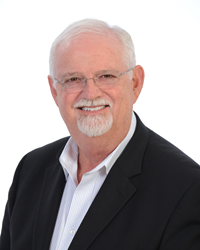 Teamwork is the secret weapon of human beings.

ProAct Safety, a recognized pioneer of safety excellence strategies, announced Terry L. Mathis, the company’s founder and chief executive officer, will kick off the Ohio Safety Congress in Columbus with a keynote presentation. His talk, scheduled to begin at 9:45am on Wednesday, March 7th, will focus on making safety a team effort, which is the event theme.

“Teamwork is the secret weapon of human beings,” says Mathis. “Teamwork is what allowed humans to survive in a world full of more powerful creatures. It is what makes the American military so effective and what can make your safety efforts grow toward excellence. Only when your workforce becomes a unified team working toward the common goal of preventing accidents can you maximize your organization’s potential.”

ABOUT TERRY L. MATHIS
Mathis, ProAct Safety's founder and CEO, is known for dynamic presentations, work and writing in the fields of behavioral and cultural safety, leadership, and operational performance. He is a regular speaker at ASSE and NSC, as well as company and industry conferences. He has been a frequent contributor to industry magazines for more than 15 years and is coauthor of four books, including bestsellers STEPS to Safety Culture Excellence (WILEY, 2013) and Forecasting Tomorrow: The Future of Safety Excellence (SCE Press, 2015). Terry has been listed four consecutive times as one of ‘The 50 People Who Most Influenced EHS’ by EHS Today. Learn more about him at http://www.TerryLMathis.com.