Author Areese Woodson’s New Book “Aging Storm Clouds: An Assimilation Memoir” is an Evocative Tale Based on the Experiences of Two Native Children in the Early 1900s

Recent release “Aging Storm Clouds: An Assimilation Memoir” from Page Publishing author Areese Woodson is a stirring narrative written in the voices of two children from different indigenous cultures whose lives intersect at a boarding school in the early twentieth century. Such schools sternly- and often brutally- sought to eradicate the children’s affinity for their native culture and traditions; they were often unsuccessful. 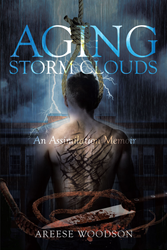 Areese Woodson, a lifelong writer and poet, has completed her book “Aging Storm Clouds: An Assimilation Memoir”: a lyrical tale recounted in the voices of Hotah, a Hopi boy, and Kai, a Hawaiian girl, as their lives are forever changed by events beyond their control.
Hotah
Often getting pneumonias and being conceived by rape, Hotah lived in a Hopi village with his great-grandmother deep in her nineties who said, “The hell with a walking stick.” His whole life, he had seen war sprout, such as witnessing his grandmother’s brutal death and severed body parts thrown to the railroad. But most of that had not given him troubled thoughts. It was mostly his mother’s hanging, perhaps, because he had to help carry her dead body back home. As an eighty-one-year-old man, Hotah recaptures his time at both home and the St. Mary’s Indian Mission School he was sent to shortly after his mother’s dismiss. Traumatized at the school, his memories play to him over and over again while meeting his first crush and someone he shares an unlikely bond with.
Kai
Kai was the only Hawaiian at the Indian Mission School, as there were no records of Hawaiian children being sent to these schools. Kai was taken with a few other villagers to a refugee camp after the tsunami but very faintly remembered how she arrived at the school. Orphaned at birth, Kai was raised by her much-older sister Haunani but lost Haunani to the storm. As a woman, she speaks of her memories at home and the mission school, which involved meeting a person whose face she never forgot.”

Readers who wish to experience this gripping and potent work can purchase“Aging Storm Clouds: An Assimilation Memoir” at bookstores everywhere, or online at the Apple iTunes store, Amazon, Google Play, or Barnes and Noble.