Leading online cigar retailer Best Cigar Prices has taken cigar-related social media to the next level with over $60,000 in Facebook Sweepstakes prizes awarded to date. 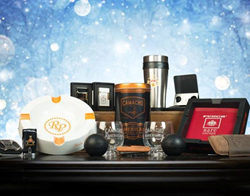 We saw the support and community on our page growing at an incredible rate, far greater than other similar pages, and we wanted to give something back.

Offering unique prizes ranging from top-shelf cigars, to a genuine 1 oz gold bar, to an Apple Watch 3 & Apple TV 4k, and beyond, with the conclusion of December of 2017’s J.C. Newman Cigar Co. Sweepstakes the company officially surpassed $60,000 in total prizes awarded via the social network.

The Facebook sweepstakes have been a major source of social growth for the company but were initially conceived as a way of saying thank you, according to BCP Director of Merchandising Jeff Brown.

“We saw the support and community on our page growing at an incredible rate, far greater than other similar pages, and we wanted to give something back. All of our growth on Facebook was 100% organic - we never paid for “likes” or even advertising on the site. These were real cigar lovers who were showing appreciation for our company, and so we wanted to provide more to our followers than just the latest cigar news, reviews, or deals. We wanted to be able to put something in their hands; a tangible token of our gratitude.”

The Drums, PA-based online cigar store has partnered with some of the biggest cigar brands in the industry including General Cigar, parent company to Macanudo, Cohiba, CAO, and Partagas cigars, as well as Altadis USA, distributor of Romeo y Julieta, Montecristo, and Aging Room cigars, America’s oldest family-owned cigar company J.C. Newman, and many others to hold monthly Facebook sweepstakes events and weekly giveaways consistently since 2013.

However, this hasn’t been as easy as it may sound. In the early days of the sweepstakes, cigars were commonly awarded as prizes. Due to new cigar industry regulations introduced in 2016, the company was prohibited from giving away actual cigars as prizes. It was time to get creative.

“Our vendor partners really stepped up to the plate when it came time to make the transition from cigars as prizes to non-cigar items,” Brown stated. “In addition to loads of great cigar accessories, branded gear, gift cards, and apparel, we were able to introduce grand prizes that were more interesting than ever before. Our friends at Aging Room had a one-of-a-kind custom fire pit designed specifically for our customers. Gran Habano supplied a ceramic Kamado charcoal grill. Punch Cigars sponsored a Yeti Tundra 105 Cooler. This past November we joined forces with Altadis USA to offer an Apple Watch Series 3 & Apple TV 4K set valued at $600. All of our sponsors are constantly trying to one-up each other in terms of prizes and it’s been a blast for our customers!”

When the company first introduced the sweepstakes events in 2013 they had around 4,000 followers. In the five years that have passed since, Best Cigar Prices Facebook community has grown to about 7x that number and is now occupied by more than 28,000 fans who have contributed hundreds of five-star reviews of the site resulting in a 4.8 out of 5-star rating.

Newer enhancements like the use of Facebook Live videos have helped keep things fresh and made weekly giveaways more engaging than ever. “Instead of just posting the giveaways to our page we now go live every Monday, Thursday, and Friday at 10 am ET to talk to our followers about the brands & prizes being featured and announce our winners. It’s been a huge boost in terms of engagement, and we genuinely enjoy the direct interaction with our fans. Sometimes we may even have a little too much fun on air, but no one seems to mind,” Brown quipped.

Best Cigar Prices next sweepstakes event scheduled to begin this week will be sponsored by Alec Bradley Cigar Co. with over $2000 in unique cigar-related prizes to be doled out during the month of March, culminating in a grand prize giveaway of two limited edition, custom Alec Bradley Whiskey Barrel Kits awarded to two lucky winners at the end of the month.

“Yes, we get a lot of exposure out of our live videos and contests, but not a week goes by without someone reaching out to us directly to express how thrilled they are with our social presence, and how much of a difference that connection makes to them as a customer,” Brown concluded, “That, to me, is the real reward here.”