Over 200 pieces of L.L.Bean women’s men’s and kid’s swimwear received this endorsement for their use of UPF 50+ rated fabric and more 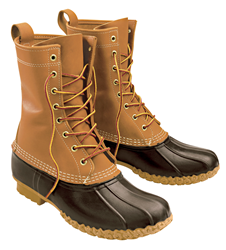 Being recognized by The Foundation for using fabric with a UPF 50+ rating is just another way we’re being acknowledged for developing functionally innovative products that help to further people’s overall enjoyment of the outdoors.

The Skin Cancer Foundation is the only international organization solely devoted to the prevention, early detection and treatment of the world’s most common form of cancer. Their Seal of Recommendation is granted to sun protection products that have been reviewed by and meet the stringent criteria of an independent Photobiology Committee. One of the first programs offered by the Foundation in 1981, it quickly gained acceptance from consumers for sunscreen products, sunglasses, specially treated auto and residential window film, umbrellas and clothing.

“Part of making the most of your time outside means doing it in a way that is safe, smart and comfortable,” said Tom Armstrong, Senior Vice President and Chief Merchandising Officer at L.L.Bean. “Being recognized by The Foundation for using fabric with a UPF 50+ rating is just another way we’re being acknowledged for developing functionally innovative products that help to further people’s overall enjoyment of the outdoors.”

About L.L.Bean, Inc.
L.L.Bean, Inc. is a leading multichannel merchant of quality outdoor gear and apparel. Founded in 1912 by Leon Leonwood Bean, the company began as a one-room operation selling a single product, the Maine Hunting Shoe. Still family owned, Shawn Gorman, great grandson of Leon Leonwood Bean, was named Chairman of the Board of Directors in 2013. While its business has grown over the years, L.L.Bean continues to uphold the values of its founder, including his dedication to quality, customer service and a love of the outdoors. In the past five years, L.L.Bean has donated over $6 million toward conservation and land stewardship. L.L.Bean currently operates 39 stores in 17 states across the United States, along with 25 stores in Japan. The 220,000-sq. ft. L.L.Bean retail store campus in Freeport, ME, is open 24 hours a day, 365 days a year and welcomes more than 3 million visitors every year. L.L.Bean can be found worldwide at http://www.llbean.com, Facebook, Twitter, YouTube, Pinterest, Google+ and Instagram.