The leading office solutions provider on the West Coast sets its sights on growth in 2018, starting with the expansion and relocation of four branches into larger spaces. 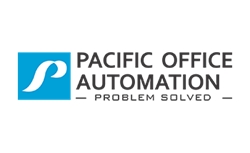 With big plans for growth in 2018, Pacific Office Automation (POA) has already relocated four of its 24 branches into new, larger office spaces. The Phoenix and Salem, Ore. offices both outgrew their spaces in the last year, so these were the first to expand. Offices in Denver and in the Bay Area have also recently moved and doubled in size.

Pacific Office Automation has experienced continued growth over the last seven years, causing company leaders to take a closer look at office plans to accommodate this growth. In Q4 of 2017, the office solutions leader purchased and renovated a historic building in the heart of Oregon’s capital to open up more space for its growing Salem branch.

Around the same time, the company also acquired Trans-West Network Solutions in Phoenix, which added 35 new employees to the already growing branch. With plans to hire another 15-20 employees in 2018, the Phoenix branch recently relocated to a new facility, doubling its footprint from 32,000 to 65,000 square feet.

“As a growing company, we needed more space, especially for our Phoenix branch. The four locations we relocated have doubled in size, so it was necessary,” said POA president Doug Pitassi. “Our IT infrastructure is growing, and with the addition of a telephony company along with our existing cloud services, VoIP and managed print services, expanding these branches felt like the natural next step.”

The expansion of these branches is just the beginning of a new season for Pacific Office Automation. As the office solutions provider continues to hire ambitious employees, they’ll continue to provide the products and services they know best—printers, copiers, print management, IT and more. Stay tuned for additional office expansions and openings of POA locations across the West Coast.