A recent article in Phycologia examines distinct genetic differences between two species of kelp. Researchers found that the ability to adapt to specific environments has a large influence on kelp species evolution. 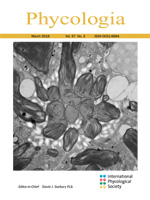 There is still much to learn even in well studied coastal areas like in the Gulf of Maine where large species like kelp are not fully understood in terms of numbers of local species.

Phycologia– The study of coastal ecosystems and aquatic life can offer great insights into plant and animal evolution, giving researchers a better understanding of marine diversity. Examining different types of kelp, for example, has shown that phenotypic plasticity, or the ability for an organism to change and adapt to its environment, has a great deal of influence on how kelp has evolved over millions of years. Due to molecular and ecologic studies incorporating phenotypic plasticity, scientists have recently elevated the taxonomic status of a particular type of kelp to a more specific rank. This recent reclassification highlights the need to preserve natural areas from development for future research in coastal ecosystems.

Researchers from the University of Connecticut and University of New Hampshire recently conducted a study that has been published in the current issue of Phycologia. The study examines the distinct genetic differences between Saccharina latissima and Saccharina latissima f. angustissima through four primary markers: morphology, genetic testing, cross-hybridization and comparisons of reactions to hydrodynamic forces.

The researchers collected samples of each kelp from Casco Bay, Maine where Saccharina latissima is found “sheltered” closer to cliffs and rocks and S. latissima f. angustissima is found in the more open water. Each specimen was measured for length, width and thickness of the blades, and DNA was extracted for genetic comparison. In addition to a variety of laboratory-controlled experiments, the species were observed in their natural environments to determine the effect wave force has on each species of kelp.

While testing these four primary markers, the researchers found significant differences between S. latissima and S. latissima f. angustissima and therefore elevated the taxonomic classification of S. latissima f. angustissima. Researcher Simona Augyte notes that, “There is still much to learn even in well studied coastal areas like in the Gulf of Maine where large species like kelp are not fully understood in terms of numbers of local species. It is therefore imperative to prioritize conservation and best management practices to protect and restore these critical marine habitats.”

Given what is known about the effect of phenotypic plasticity on species evolution, the researchers’ expectation is that these two species will continue to diverge genetically. Future research is required to observe and track more evolutionary changes, including whether these two species begin to reproduce in their natural environment.