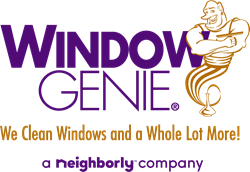 I’d been passively looking over the years, but nothing made sense for me until I discovered Window Genie.

Window Genie announces the grand opening of its newest location in Wynnewood on March 19th. Local man Jack Scholz is the owner. Window Genie is a national home service brand specializing in residential and light commercial window cleaning, window tinting, pressure washing, gutter cleaning and more. This is the second Window Genie franchise to open in the greater Philadelphia area; the other serving the communities of Bryn Mawr through Malvern and Frazer. The newest location, Window Genie of Wynnewood, will service the surrounding communities including Consohocken, Gladwyne, Havertown, and Springfield.

Before purchasing his Window Genie franchise, Jack Scholz made a career in accounting and recruiting. Having always had his dream of business ownership on the backburner, Scholz says he was finally at a point in his life where he was ready to pursue it full-force. “I’d been passively looking over the years, but nothing made sense for me until I discovered Window Genie,” he said.

Working with Bob Koch, franchise coach with The Entrepreneur’s Source, Scholz was able to determine which type of business opportunity best fit his strengths, weaknesses, interests and goals. “I gravitated towards home services, and Window Genie has a straight forward model with multi revenue streams, scalability and a territory that was perfect for me. I was impressed by the brand, marketing, and growth trends. The culture of the Dwyer Group and its other brands helped solidify I was joining the right Franchisor.”

Window Genie of Wynnewood officially opens for business on March 19th. All field technicians are fully trained, insured, bonded and have passed a background check. For more information, or a free estimate on all services, contact Jack Scholz at JScholz(at)windowgenie(dot)com or by calling 610-467-8484.