Mark L. Williams’s New Book “Gatecrashing the Olympics” is an Absorbing Book About a Small Nation’s Only Olympic Gymnastics Team

Recent release “Gatecrashing the Olympics” from Page Publishing author Mark L. Williams presents an appealing and memorable novel about how six girls and one woman, under the tutelage of a Russian defector, take advantage of a Soviet-led boycott to participate in the Olympic Games. 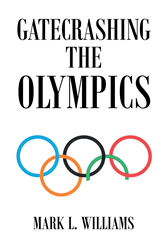 Mark L. Williams, a resident of Lake County, Oregon, who has taught English and history for thirty years in the United States, Germany, and Japan, has completed his new book “Gatecrashing the Olympics”: an exciting book about the chance to participate in the Olympics is offered to Pilot by Marcel Nordvolk and how she trained under a harsh yet effective coach.

Author Williams writes Pilot’s first steps in deciding to train again as a gymnast: “Pilot did not travel express. The train plundered on until reaching the central station, but Pilot was not bound for the busy city center. Instead, her sluggish milk train, a national euphemism best left unexplained, squealed to a stop at freight platform well outside the city. The paucity of passengers at this remote outpost never rated a proper terminal. The locals preferred to chunter into the city by bus or tram.

"It is difficult to find an isolated community in a smallish, populated nation, but Pilot’s destination was as near seclusion as one is likely to find. The idea, of course, was to remove athletes from the temptations of urban life. The training center, still under construction, was near the few remaining ruins of a medieval nunnery. The coincidence was not lost on Pilot. She had experienced the rigors and demands of a training center.”

Published by New York City-based Page Publishing, Mark L. Williams’s new book is a highly original work on the sacrifices Pilot makes to focus on her training and to represent her country at the Olympics. Under Ivan Skurat’s coaching, she is pushed to extremes.

Readers who wish to experience this enlightening work can purchase “Gatecrashing the Olympics” at bookstores everywhere, or online at the Apple iTunes store, Amazon, Google Play, or Barnes and Noble.

For additional information or media inquiries, contact Page Publishing at 866- 315-2708.