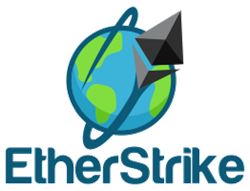 Chainable Corp. today launched the most recent and innovative addition to the online blockchain game craze on the Ethereum network. Appropriately dubbed EtherStrike (etherstrike.io), the game features uniquely collectible tokens in the form of planets that exist within a virtual galaxy. Inspired in part by games before it such as CryptoKitties, EtherStrike’s creators incorporated some aspects familiar to blockchain enthusiasts while introducing a host of new twists, such as the ability to attack and to “harvest” token attributes.

"We’ve been working closely with blockchain technology and Ethereum for quite some time and are excited by the possibilities that lie ahead," says Tim Keough, Chainable’s founder. "And we thought it would be interesting to create something more interactive and more competitive to help really push blockchain into the mainstream."

And EtherStrike does just that. Within the game’s universe players can buy and sell planets, or conquer them through planet-to-planet attacks. In addition, planets are constantly generating the resources needed for attack; resources which alternatively can be harvested and sold on the open market. In this way, players’ planets act as virtual farms that continuously create new value.

Like its predecessors, actions in the game are facilitated through the exchange of Ether (ETH), a cryptocurrency that surged in popularity and value in 2017 and helped to boost public awareness of blockchain. "This technology is the foundation for a new world, but it’s not without its growing pains," Keough remarks. "Chainable is continuously working to help the industry expand and deliver novel and innovative capabilities and experiences on chain, and we feel this game is a great stride in that direction."

While EtherStrike quickly sold out of its first batch of planets, additional planets are made available daily (up to a maximum of 5,050 in the galaxy) which players can purchase from within the game’s virtual universe and immediately use for play. For more information or to purchase a planet, interested players may visit etherstrike.io.