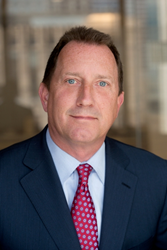 Adults should be aware that law enforcement officials are no longer turning a blind eye on social hosts. They are coming down on them hard.

With Chicago teens gearing up for prom season, police are on heightened alert for underage drinking. The Chicago law firm of Salvi, Schostok & Pritchard P.C. has some important reminders and tips for parents and guardians to help keep their teens safe and themselves out of legal trouble this prom season.

According to a recent survey by AAA, 41 percent of teens between the ages of 16 and 19 admitted it was “highly likely” that they or a friend would use drugs or alcohol on prom night. Approximately 53% of teens who admitted to drinking during or after the prom said they consumed four or more alcoholic beverages.

Many parents believe that hosting a party at their home may provide a safe alternative to having their children sneak around. They believe that by hosting a party at their home, they may be able to ensure that no one drinks too much or gets behind the wheel. However, with the passage of the Social Host Law, parents could find themselves in serious legal trouble if they allow any underage drinking to occur on their watch. These legal troubles could range from jail time, to being sued in civil court for financial damages.

“Adults should be aware that law enforcement officials are no longer turning a blind eye on social hosts. They are coming down on them hard,” said Jeffrey J. Kroll, partner at Salvi, Schostok & Pritchard P.C.

The passage of the Drug or Alcohol Impaired Minor Responsibility Act in January of 2004 opened the door for social host liability for the first time in Illinois. And in 2013, Illinois passed a Social Host Law that states any adult who knowingly allows underage drinking or provides alcohol to minors can be found guilty of a Class A misdemeanor. If the illegal, underage drinking results in injury or death, the adult could be charged with a Class 4 felony.

Mr. Kroll says there are still a wide range of circumstances that could impact whether or not parents are held responsible under the law. For example, a person may not be liable if they have taken all reasonable steps to prevent underage drinking from occurring in their home.

In addition, renting a limo is especially popular for prom-goers. Teens like the glamour and parents like that their kids won't be behind the wheel on a night that involves a lot of distractions and potentially alcohol. But parents should know that not every limo company and driver can be trusted. Guardians should know who is behind the wheel before sending their teen off to prom.

“When hiring a nanny or babysitter, parents typically do extensive interviews and background checks. Parents should approach hiring a limo driver for their teen with the same discretion,” Kroll said. “Surprisingly, it is not hard for someone to purchase a limo and tout themselves as a reputable limo company.

Mr. Kroll explains parents should take the following steps to ensure their teens are safe:
1.    Ask about the company’s liability insurance
2.    Make sure the driver has a valid commercial driver’s license
3.    Read online reviews
4.    You can even do a criminal background check on your driver to see if they have a record

When in doubt, it is important to remember that if a deal seems too good to be true, it probably is.

To schedule an interview with Mr. Kroll about these prom safety warnings, please contact Marcie Mangan at 312-372-1227 or mmangan(at)salvilaw(dot)com.