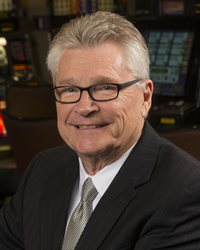 He is not a stranger to the Acadiana area and understands the unique position of our business.

Mike Howard has been named General Manager and CEO at Cypress Bayou Casino Hotel. Chitimacha Tribal Chairman, Melissa Darden, announced his appointment. In his position, Howard will be responsible for overseeing operations and leading a team of over 730 employees at South Louisiana’s premier entertainment destination.

The Chitimacha Tribe welcomes his expertise and extensive knowledge in the operation of gaming properties. Chitimacha Tribal Chairman, Melissa Darden, stated, “Mike has unique qualifications and boundless enthusiasm for our business. He is not a stranger to the Acadiana area and understands the unique position of our business. We are delighted that he will be leading our enterprise and we look forward to working together in continuing to deliver a superior gaming and entertainment product.”

Most recently, Howard was vice president and general manger at DiamondJacks Resort Casino in Bossier City, Louisiana for many years and also held a similar position with Peninsula Gaming, LLC. at Evangeline Downs Racetrack and Casino. Howard is excited to relocate back to the Acadiana area with his two dogs.