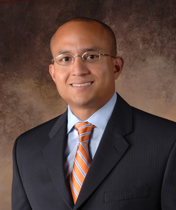 Underage drinking and driving puts both the driver and others at risk.

According to the Centers for Disease Control and Prevention (CDC), excessive drinking is responsible for more than 4,300 deaths among underage youth each year. And while the legal drinking age is 21 years of age, approximately 11% of all the alcohol consumed in the United States is consumed by people age 12 to 20 years. All states have “zero-tolerance” laws that apply to drivers under 21 years of age who are found driving under the influence (DUI).

“Underage drinking and driving puts both the driver and others at risk,” said attorney Rick Rivera, of Carlson, Meissner, Hart & Hayslett P.A. who specializes in criminal defense and DUI defense. “A disproportionate number of alcohol-related fatal car accidents are caused by underage drinkers. For that reason, the standards are stricter and the penalties are harsher for individuals under the age of 21.”

If a chemical test determines that a driver under the age of 21 has a blood alcohol concentration (BAC) of 0.02% or higher, the driver can be cited for driving under the influence (DUI). In Florida, underage drivers with a BAC of 0.02% or more will face drivers’ license suspension for six months for a first offense. Underage drivers who are found with a BAC of 0.08% or more, which is the legal limit for adults, may be charged with a standard DUI.

“Florida’s zero-tolerance laws are designed to curb underage drinking and driving,” added attorney Rivera. “Teenagers with even a small amount of alcohol in their system who then take to the wheel will face charges. And a charge of driving under the influence (DUI) has more than legal consequences – it can negatively impact a teenager’s education and future opportunities.”

For more information regarding driving under the influence (DUI) of drugs or alcohol in the state of Florida, contact the DUI attorneys at Carlson, Meissner, Hart & Hayslett P.A. Located in Clearwater, Carlson, Meissner, Hart & Hayslett P.A. has been serving the Tampa Bay community since 1971. Proven litigation skills and a commitment to excellence make the firm Tampa Bay’s premier legal team, with a demonstrated track record of success. For more information, visit the firm website at CarlsonMeissner.com or contact the office directly at 877-728-9653.