Filmmaker Kimberley T. Zulkowski, has combined her passionate quest for 53206 neighborhood reform with movies as a way to garner mass exposure for its inner-city epidemic. “53206: Milwaukee” highlights the trials and tribulations of those living in this local zip code. 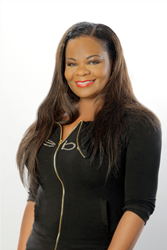 The domino effect of these tragedies is unimaginable. From four-year-old children to grandparents, these shootings and killings are becoming an epidemic, leaving no one exempt.

Mz.Kim Productions announced today that the world premiere of 53206: Milwaukee will be hosted by the Charlotte Black Film Festival as an official selection, and will be screened on Friday April 6, 2018 at 5:30 ET. 53206: Milwaukee, is based on an original story by Kimberley T. Zulkowski starring local Milwaukee talent Imani Brown, Carnelious Gill, Terrell Lewis, Dinah Williams, Paulos Hughes, and Erick Perkins. The film is produced by “Mz. Kim,” Kimberley T. Zulkowski’s, Mz. Kim Productions, Stephen Gregory Curtis and Tory Lowe, and co-produced by Joshua Nickel and Rubin Whitmore.

The film is inspired by true events that occur within the 53206 zip code in Milwaukee, which is one of the deadliest, most segregated cities, with drastically substandard education and highest poverty rates in the U.S. As a result, Milwaukee has been deemed the worse place for blacks to live. 53206: Milwaukee tells the story of Robbie, a young, talented, aspiring singer who must decide whether to escape the crime-ravaged city where she grew up and go to Julliard or stay on her quest to end the violence and rebuild her community.

Almost exclusively an all Milwaukee cast who are first time actors, “53206: Milwaukee will showcase Milwaukee talent,” said Kimberley T. Zulkowski, EP/Producer/Director/Writer of 53206: Milwaukee and 53206 native, “And I’m excited to show the world what is going on in our community.”    All profits for the film will go to philanthropic efforts to assist communities suffering from this brutal epidemic of violence. Some of the endeavors will include, educational programs for children, rally for peace events, funding to pay expenses for burials for homicide victims, and many others.

“We are ten times more likely to get shot here than any other city, so we are just trying to let people know what we go through every single day,” stated Imani Brown, lead actress of 53206: Milwaukee. She added, “And Robbie has experienced lots of deaths in regards to gun violence, and I have as well.”

About Mz. Kim Productions
Mz. Kim Productions is an award-winning production company which develops and produces independent film, and original music production. Their films are designed provide life changing experiences for the viewers as they are based upon true events. For additional information, visit http://mzkimproductions.com