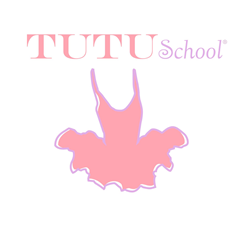 “Now more than ever, I believe in the significance of what we are doing, and the importance of creating a space in kids’ lives for creativity and joy,” said Genevieve Custer Weeks, CEO & Founder, Tutu School Franchises.

Tutu School Franchises is celebrating ten years of helping children dance their way through the critical years of motor skill development, setting the stage for a bright future, strong bodies and vivid imaginations. Once a fledgling dream of a professional ballet dancer, Tutu School has flourished into more than 30 ballet studios in seven states across the U.S., providing dance instruction to 4,000 students each day.

Ten years ago, Tutu School Franchises had its “step on the stage” moment when it was founded in San Francisco by Genevieve Weeks, a professional ballet dancer. The aim: focus on the tiniest dancers - age eight and younger - to foster their confidence and creativity.

“Now more than ever, I believe in the significance of what we are doing, and the importance of creating a space in kids’ lives for creativity and joy,” said Genevieve Custer Weeks, CEO & Founder, Tutu School Franchises. “The benefits of dance are far-reaching: from helping develop balance and coordination, to nurturing inspiration, the time spent in a dance studio builds social skills, dedication, teamwork and a positive sense of self.”

Tutu Schools has locations in California, Illinois, Indiana, North Carolina, South Carolina, Utah and Wisconsin. Each school is independently owned by a carefully selected director with a clear commitment to quality arts education.

Celebrations of the 10 year anniversary will continue throughout the year in tandem with multiple new Tutu School studios slated to open over the coming months.

To find a Tutu School near you, visit http://www.tutuschool.com/locations.

ABOUT TUTU SCHOOL FRANCHISES
At Tutu School Franchises, we believe every child should know how to dance. We believe that motor skill development is infinitely enhanced by Tchaikovsky and Bach, that young imaginations benefit immensely from exploring the enchanted worlds of swans and sugar plums, and that twirling should be a fundamental part of any childhood. Founded in 2008 by professional ballet dancer Genevieve Weeks, Tutu School has grown from one studio in San Francisco, Calif. to 30 studios in seven states in just 10 years. For more information, visit: https://www.tutuschool.com.

ABOUT THE FOUNDER
Genevieve Custer Weeks was born and raised in Madison, Wisconsin. She received her early ballet training there, and took part in her first dance productions in the middle of her parents' living room.
At the age of fifteen, Genevieve moved to Chicago to study at the School of Ballet Chicago, and that same year became a founding member of the Ballet Chicago Studio Company. She supplemented her training with study at the San Francisco Ballet School, American Ballet Theatre, and with Suzanne Farrell at the The Kennedy Center. A contract with the Oakland Ballet brought Genevieve to the San Francisco Bay Area. Beginning in 2006, Genevieve began performing as a freelance artist, dancing principal and soloist roles throughout North America, and started dreaming of her opening own boutique school that would celebrate the things she loved most about ballet. She finally took the leap in 2008.

Since the founding of that first initial studio, Tutu School has grown into a collection of boutique ballet schools all over the country, and Genevieve – who retired from performing in 2012 – now divides her time between Tutu School and her life with her husband Andrew, a photographer, and their three sons.