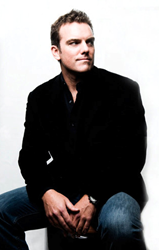 It’s an honor to be nominated and to have the opportunity to meet and share ideas with other business leaders of San Diego who give back to our community.

Brendan Smith, Founder and CEO of Motive Interactive, has been named a semifinalist in the Entrepreneur of the Year 2018 San Diego Awards program. As the world’s most prestigious business award for entrepreneurs, EY has been at the forefront of identifying remarkable entrepreneurs for more than three decades. "It’s an honor to be nominated and to have the opportunity to meet and share ideas with other business leaders of San Diego who give back to our community," said Brendan Smith in response to news of the nomination.

In the past the program has honored the extraordinary leadership of Reid Hoffman and Jeff Weiner of LinkedIn, Mindy Grossman of HSN, Inc. and John Mackey of Whole Foods Market Inc. Prior winners from the San Diego region include Dr. Irwin Jacobs of Qualcomm; Jay Flately of Illumina; Peter Farrell of Resmed; Gerald Proehl of Santarus; David Inns of Great Call; and most recently Carlos Michan of Strata Equity Group. The Entrepreneur of the Year award recognizes entrepreneurs who have demonstrated a commitment to giving back to their businesses and communities, and have succeeded in innovation and financial performance. The Motive Interactive team is honored to have Brendan Smith recognized among so many other notable business luminaries in San Diego.

About Motive Interactive:
Motive Interactive is a global mobile app optimization and marketing company that combines over 15 years of experience in the digital advertising industry and sophisticated programmatic technology to drive user acquisition for some of the world’s top mobile app companies. In 2017, Motive was recognized as part of Inc. 5000’s exclusive Hall of Fame list for its five-year consecutive rating as one of the fastest-growing private firms in America. Additionally, Motive was named a top 20 partner by Singular’s Mobile ROI index, a ranking that evaluates over 1000 mobile ad networks, 1500 apps, and over $3B in ad spend to identify the world’s best performing ad networks across the globe. http://www.motiveinteractive.com.