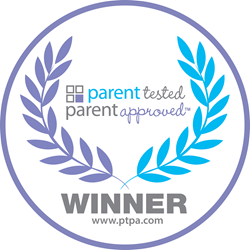 Dedicated to understanding consumer toy shopping needs, PTPA (Parent Tested Parent Approved) Media released new survey results today revealing where parents spend most of their funds when it comes to buying toys for their children. The responses were telling, with almost 70 percent of moms surveyed within the PTPA Network (69 percent) saying they purchase toys in brick and mortar stores rather than online, and the same number of moms indicating that it is very important for them to be able to see a physical toy prior to purchase. The results come on the heels of Toys ‘R’ Us announcing that they are shutting their doors in the United States. PTPA is known for their Seal of Approval that helps consumers make informed purchasing decisions on criteria other than price.

“When we heard Toys ‘R’ Us was shutting their doors in the U.S. and that it was 'business as usual' with the Canadian stores, we wanted to better understand consumer shopping differences and how this news would impact buying decisions,” explained Sharon Vinderine, founder and CEO of PTPA Media. “Parents trust us with their purchasing decisions so it’s instrumental for us to understand where they are shopping and why. What we gleamed from this survey is that North American moms are not giving up on the traditional retailers and that they have a nostalgic attachment to big box toy stores. Online shopping has yet to replace big retail when it comes to toy purchases.”

According to the survey of moms within the PTPA Network:

Also, more than two in five North American moms surveyed within the PTPA Network (43 percent) stated they visited a Toys ‘R’ Us store every few months, while 28 percent of moms said they were shopping there monthly.

On the closure of Toys ‘R’ Us stores in the U.S., one parent remarked, “I am shocked and saddened to see Toys ‘R’ Us close down. This store carried a huge selection of toys and I loved going there just to check out what was new and old. So sorry to see it go.” Another said, “I will have to buy from different retail outlets as I do not prefer to shop online.”

It also appears that the closure may impact sales of new products as young parents and their children aren’t watching broadcast TV to see commercials as much. As one parent explained, “It will make it harder to see items in person. It might lead to more buyer’s regret on my part. Sometimes I only find out about great toys by seeing them in the store. So, I'll miss out on some of those.”

“The survey demonstrates that while Americans are wanting the convenience of online shopping, brick and mortar retailers are still the first place they turn when it comes to purchasing toys. It’s clear that crowdfunding is not the answer when it comes to saving these stores.”

Vinderine continues, “Moms want competitive pricing and to see the options. We know the Seal of Approval does help parents when it comes to purchasing decisions and we will continue to do our part in helping parents make informed purchasing decisions,” said Vinderine.

About PTPA Media
For over a decade, PTPA Media has been connecting with consumers through its top rated Seal of Approval program, influencer programs, television features, surveys and by making them part of their unique -mom community, concentrating on millennial moms. We know their likes, dislikes and their shopping habits. We leverage this audience of over 3,000 influencers and over 85,000 moms to help build credibility and trust for brands. For more information visit http://www.ptpamedia.com.