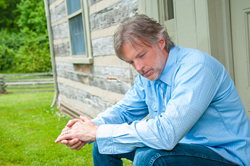 Country music artist Darryl Worley will headline the Henderson Arts Commission Father’s Day Festival, presented by the City of Henderson and Chester County Saturday, June 16, in Henderson's Gene Record Park. Planned for 1 p.m. to 10 p.m., the HAC Father’s Day Festival will include children’s rides and activities, food vendors and booths. Admission will be $15 at the gate and free for those 17 and younger. HAC members will be admitted free, also.

Worley has produced 18 singles (three Number Ones) on the Billboard Hot Country Songs charts, including “Awful, Beautiful Life,” “Have You Forgotten” and “I Miss My Friend.” His latest release, “Lonely Alone,” is available on iTunes.

A native West Tennessean, Darryl and his wife, Kimberly, have given to individuals facing hardships, supported area nonprofits and led the creation of the Darryl Worley Cancer Treatment Center. For almost two decades, his Tennessee River Run (a festival named after his hit song) has funded many of these projects through the Darryl Worley Foundation. He is also known for his long-time dedication to U.S. troops, frequently traveling overseas to encourage them.

Leading up to Darryl Worley's performance, several other bands and musicians will take the stage beginning at 1 p.m. The lineup is as follows:

For information about the season and becoming an HAC member or a Father’s Day Festival food or booth vendor, individuals may visit http://hendersonartscommission.org and follow facebook.com/HendersonArtsCommission. Presented by the City of Henderson and Chester County, the HAC season is also sponsored by Teague-Noles 45 Auto Mart, Jones Contractors, Arvin Sango, E&T Contracting, FirstBank, Peoples Bank, Freed-Hardeman University and Bramblett Group. In addition to the Father’s Day Festival, 2018 events include an interactive showing of “Willy Wonka and the Chocolate Factory” on the Chester County Courthouse Lawn April 21, children’s theatre experience in June, Summer Saturday Arts Academy in July and a performance of the Tony® Award-winning smash-hit musical, “Million Dollar Quartet” Sept. 27.