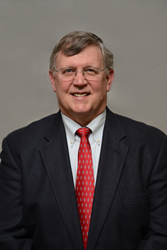 "I expect March’s Employment Situation press release to indicate that 210,000 net new jobs were created and predict that the unemployment rate will decline slightly, by a tenth of a point, to 4.0 percent."

As an economist and seasoned staffing industry professional, Steven Drexel is regularly asked to participate in surveys and discussions that predict key elements of the Bureau of Labor Statistics’ (“BLS”) press releases describing The Employment Situation. On Friday April 6th, the BLS will release its monthly summary of labor market activity covering March 2018.

“I expect March’s Employment Situation press release to indicate that 210,000 net new jobs were created. February’s growth was oversized at 313,000 net new positions and broad-based with nearly 70 percent of the industries improving. Therefore, I expect continuing momentum to create another plus 200,000 count. I predict that the unemployment rate will decline slightly, by a tenth of a point, to 4.0 percent. This small decline will be in response to five out of the last seven months of above-trend employment growth which cumulatively should restart the long trek down to a sub-four percent rate by the end of 2018,” comments Drexel.

He suspects that observers will scour March’s BLS report to see if wage growth emerges as a serious factor following the vigorous employment growth reported during February. Behind the simulative effect of tax reform and the expansive budget recently passed in Washington, Drexel believes most analysts expect faster Gross Domestic Product growth and stronger corporate earnings. Therefore, he notes employment should continue to grow, conceivably at an accelerating rate. Drexel explains of late, the labor force has grown at a rate sufficient to hold the unemployment rate steady at 4.1 percent for five consecutive months. Moreover, wage growth has been muted suggesting that there is capacity for continued employment growth before triggering wage inflation. Drexel also points out that rising inflation would raise the fear that the Federal Reserve Board will more assertively apply the brakes to the economy. “This braking action is often a precursor for the end of the expansion,” he clarifies.

“The labor markets are even healthier than expected, as validated by all relevant metrics. Employment growth has demonstrated remarkable building momentum following February’s robust growth and stands to advance further from the still building fiscal stimulus,” states Drexel. “The unemployment rate is indeed very low but labor force participation and the employment to population ratios are accommodating, even among prime age workers. This suggests better wages could inspire more workers to get off the sidelines and into the labor market thereby providing the needed capacity for continued employment growth.”

Drexel concludes that we can expect job growth during 2018 to outpace 2017 while the unemployment rate drifts down closer to 3.5 percent by year-end. “The near-term risk of recession remains low given the absence of any signs of critical imbalances or a looming financial bubble; therefore, the general expansion should continue through the end of the decade,” he explains.

More About Cornerstone Staffing
Cornerstone Staffing Solutions is among the largest staffing firms in America and received Inavero’s Best of Staffing® Client Award in 2016, 2017 and 2018. Since 2003, Cornerstone has grown from a neighborhood staffing provider to a national firm that employs thousands of people at hundreds of companies from coast to coast. The Cornerstone family of companies also includes Dallas, Texas-based Rightstone (http://www.rightstone.com), and Chicago, Illinois-based Arlington Resources, Inc. (http://www.arlingtonresources.com) and Casey Accounting & Finance Resources (http://www.caseyresources.com). Providing candidate searching and job placement for administrative, industrial, technical, sales and transportation positions, Cornerstone truly is where talent and jobs meet. Visit Cornerstone at: http://www.cornerstone-staffing.com.