Says Accurate Count of People in U.S. Must Be a Top Priority. 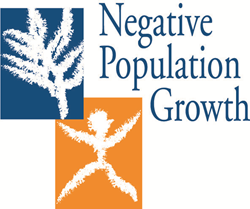 NPG feels that a citizenship question will only add to the confusion of a realistic count of illegals, rather than resolve it.

Negative Population Growth’s President Donald Mann has stepped forth to put the weight of his organization behind those who oppose including a citizenship question in the 2020 U.S. Census.

In the wake of a growing national controversy, many people are charging that the recent decision to return to asking a citizenship question in the full census for the first time in 70 years is driven by politics. Mann said: “NPG is a non-political group. The simple fact is that the key priority of the census must be to use the best technology available to get a fair and accurate count of how many individuals currently reside within our nation’s borders.” He added: “We agree with those who fear that throwing a wrench into what is already a very challenging task of obtaining a correct count could significantly decrease cooperation by key demographic groups and distort the final numbers.”

Robert Shapiro, the head of the U.S. Census Bureau for the 2000 count, recently commented that more than 24 million people may refuse to take part in the 2020 count if the Census Bureau includes a citizenship question.

Mann said: “As it currently stands, we have been left to guessing how many illegal immigrants presently reside in the U.S. with estimates ranging from 11 million to upwards of 20 million. The goal of the 2020 Census should be to get a legitimate count of everyone in the country. NPG feels that a citizenship question will only add to the confusion of a realistic count of illegals, rather than resolve it.”

Mann also highlighted the fact that a 2020 Census undercount fed by the inclusion of a citizenship question would have a huge rippling effect throughout the nation – from determining the allocation of billions of dollars in government funding to the redrawing of legislative districts.

Mann noted that the U.S. is already vastly overpopulated in terms of the long range carrying capacity of its environment and resources. It is projected to grow from today’s 327 million people to 400 million by 2050, with the bulk of that growth driven directly by immigration. The longer we refuse to set common sense limits on immigration and fail to adopt a realistic and workable population policy, the more we condemn future generations of Americans to an overpopulated, unsustainable future.