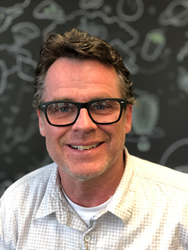 I am excited to scale JJUMPP and expand it’s marketing platform that drives sales for small businesses by turning their customers into a powerful marketing voice.

Halladay will serve as the Chief Financial Officer at JJUMPP where he will lead finance and people functions. Hal has more than three decades of business experience and leadership. He served on the executive team of Infusionsoft from 2011 to 2018, where he played a key role in scaling Infusionsoft from revenues of $20 million to more than $100 million and more than 600 employees. Most recently, he served as Chief People Officer at Infusionsoft where he oversaw People and IT/Operations and led Infusionsoft's award-winning culture.

“Hal is an incredible leader,” said JJUMPP’s CEO Chad Ingram. “It is rare to find someone with operational business savvy and who is also a culture and leadership builder. His experience at scaling Infusionsoft will provide incredible insights and enable our growth. We are so grateful for his decision to join us in our mission to empower small businesses.”

Halladay’s ability to cultivate and empower high growth companies has made him an invaluable asset to every organization he has joined. He has left his footprint by providing strategic insight and execution, developing leaders, leading culture and implementing systems for achieving excellence.

Previously, Hal served in executive roles in high growth companies including CFO at Inari and CEO of Northsky. He began his career as an investment banker providing financial advisory and growth capital in New York, Los Angeles and San Francisco. Hal received a BA in Finance from the University of Utah and an MBA from the Booth School of Business, University of Chicago.

Hal HalladayHal has made a name for himself by developing leaders, leading culture and implementing systems for achieving excellence.