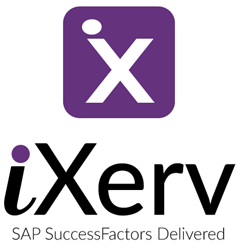 The Brazilian market is very unique ... Marcello’s experience in Brazil will be a tremendous benefit to iXerv's customers and partners in the region.

iXerv, a global provider of implementation and strategic services for SAP SuccessFactors, announced today that it has appointed Marcello Cafarella as General Manager, Brazil. In this role, Mr. Cafarella will be responsible for expanding iXerv’s sales and operations in Brazil and supporting existing processes across Latin America. This new role demonstrates iXerv’s commitment to extending its local expertise and offerings in the growing Brazilian market.

Marcello Cafarella comes to iXerv from ADP Brazil where he was most recently Service Delivery Director, MNC LATAM. Prior to his tenure at ADP, Mr. Cafarella spent ten years at NorthgateArinso Brazil, including five years as Country Manager. He began his SAP career with SAP Brazil in 1998.

“The Brazilian market is very unique. To be successful there, you must have deep SAP SuccessFactors knowledge as well as a strong understanding of local payroll, regulatory, and human resources practices,” said Joseph Ramos, Chief Executive Officer LATAM at iXerv. “Marcello’s experience in Brazil will be a tremendous benefit to iXerv’s customers and partners in the region,” added Ramos.

“A local presence is very important to achieving success in Brazil and across Latin America,” said Marcello Cafarella. “iXerv has established an exceptional reputation globally for its successful implementations of SAP SuccessFactors Employee Central and Employee Central Payroll. I am looking forward to bringing that expertise to customers in Brazil,” added Cafarella.

About iXerv
iXerv has been designated as having Recognized Expertise in SAP SuccessFactors Employee Central and Payroll by SAP. As a certified SAP partner, iXerv believes that a strong core HRIS is a critical part of a successful cloud HCM landscape. That’s why our focus is on Employee Central. Our team of experts works hard to ensure the proper implementation, integration, optimization and support of Employee Central and Employee Central Payroll in order to build a solid cloud HCM foundation for your company.

SAP, SAP HANA, SuccessFactors and other SAP products and services mentioned herein as well as their respective logos are trademarks or registered trademarks of SAP SE (or an SAP affiliate company) in Germany and other countries. See http://www.sap.com/corporate-en/legal/copyright/index.epx for additional trademark information and notices. All other product and service names mentioned herein are the trademarks of their respective owners.