Will YOU Be Wrongly Denied A US Visa?

Law Firm, Davies Legal Immigration, explores the emergence Of US Department Of Homeland Security practices, which have resulted in some US visa applicants being wrongly found to be “inadmissible” to the US 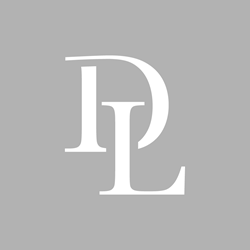 Not only does the current approach create a gross injustice... it also has the practical disadvantage of creating more work for the ARO unnecessarily

It has come to the attention of Davies Legal Immigration that some US visa applicants with criminal records which should not render them inadmissible to the US are being wrongly found “inadmissible” to the US, due to an ongoing issue between the Department of Homeland Security (“DHS”) and the Department of State (“DOS”). US Embassies and Consulates fall within the scope of the DOS.

What Is A Crime Involving Moral Turpitude (“CIMT”)?

The term “moral turpitude” has been defined by the Courts thus, “[conduct which] shocks the public conscience as being inherently base, vile, or depraved, contrary to the rules of morality and the duties owed between man and man, either one’s fellow man or society in general”. Crimes involving moral turpitude include, inter alia, murder, statutory rape, fraud and theft.

The US Attorney General has decreed that “moral turpitude” should only be found where the perpetrator committed a reprehensible act with some form of guilty knowledge. That is to say, a crime should only be considered a crime involving moral turpitude where the statute under which the offender was convicted expressly allows prosecution to succeed only where the offender possessed the express intent to commit the offense in question. If the statute allows the offense to be committed through any lesser form of intent (for example, recklessness), the offense in question will not constitute a CIMT.

In the majority of cases (subject to some important exceptions), a crime involving moral turpitude may render an individual inadmissible to the United States. Such an individual would be required to obtain a waiver of inadmissibility, in order to successfully obtain a US visa. If a waiver of inadmissibility is denied, it will result in the visa applicant being unable to travel to the US.

What Is The Issue?

Under the current approach, convictions under certain English and Welsh statutes are wrongly considered crimes involving moral turpitude (“CIMTs”) by the DHS, even though in many cases it is expressly apparent from the statutes themselves that they do not meet the definition of a CIMT, because the statute allows the offense in question to be committed through a lesser form of intent than direct intent, for example, recklessness.

Once an ineligibility is placed on the case and the visa applicant is found “inadmissible” to the United States, the visa applicant’s ability to obtain a US visa (and thus obtain entry to the US) hangs in the balance.

In the case of a non-immigrant visa application, the Consular Officer would need to determine whether sufficient grounds exist to recommend the visa applicant for a waiver of inadmissibility.

What Should I Do If I Am Applying For A US Visa With A Criminal Record?

When Will This Issue Be Resolved?

The DHS and DOS are aware of the issue and are working together to re-define certain English and Welsh statutes which are considered CIMTs by the DHS, but not necessarily by the DOS. However, this will come as little consolation to any US visa applicants who have already been found to be inadmissible to the US, on the basis of an error of law.

At Davies Legal Immigration, we are extremely disappointed by the confirmation of such disarray. Not only does the current approach create a gross injustice for US visa applicants (many of whom risk being unfairly denied entry to the US based on an error of law), it also has the practical disadvantage of creating more work for the Admissibility Review Office unnecessarily, thereby increasing waiver of inadmissibility processing times and wasting valuable US public resources. We hope the issue is resolved as a matter of urgency, to ensure US visa applicants’ cases are dealt with efficiently and, in any event, within the letter and spirit of the relevant statutes and case law. We will monitor the developments and endeavor to keep you updated.

At Davies Legal Immigration, we represent clients in connection with immigrant and non-immigrant applications for waivers of inadmissibility across a variety of visa categories, including the B-1/B-2 temporary visitor visa and E-2 Treaty Investor visa. We provide a diligent, comprehensive service at a competitive fixed fee in order to maximize your prospects of success and undertake to keep you informed. Call now to discuss your proposed US visa application with a licensed US immigration attorney.
Website: http://www.davieslegal.com
Email: info@davieslegal.com
Tel: +1 (404) 504 7059