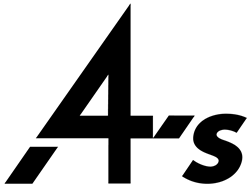 Amidst a pool of such incredible creative work and great examples of partnership, ‘Imaginary Friend’ really stood out because of its heart.

Today the 4A's, the leading trade organization for marketing communication agencies, wrapped up the first day of its 4A’s Accelerate conference by revealing the winners of the fourth annual 4A’s Partner Awards.

“Amidst a pool of such incredible creative work and great examples of partnership, ‘Imaginary Friend’ really stood out because of its heart,” said David Angelo, jury chair of the 4A’s Partner Awards, and founder and chairman of David&Goliath. “It’s a real testament to the beauty, the impact and the good we can create through partnership.”

This year’s winners were selected by a panel of jurors comprised of esteemed leaders from a wide range of agencies, publishers and brands. View the full list of winners here.

About the 4A’s
Founded in 1917, the 4A’s was established to promote, advance and defend the interests of our member agencies, their employees and the industry at large. The organization serves 700+ member agencies across 1,300 offices, which control more than 85% of total U.S. advertising spend. As the leading trade organization for marketing communication agencies, the 4A’s purpose is to help empower its members to deliver insightful creativity that drives commerce, and influences culture all while moving the industry forward. The organization provides community, leadership, advocacy, guidance and best-in-class training that help enable agencies to innovate, evolve and grow. 4A’s Benefits division insures more than 160,000 employees and its D.C. office advocates for policies that best support a thriving advertising industry. The 4A’s Foundation fuels a robust diversity pipeline of talent for its members and the marketing and media industry, fostering the next generation of leaders. The organization is dedicated to, and vested in, our members’ success just as they are dedicated to helping brands create, distribute, and measure effective and insightful advertising and marketing. Visit the 4A’s at http://www.aaaa.org.