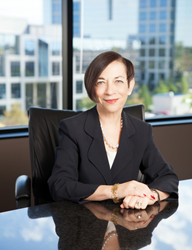 “Numerof’s third annual survey finds that while nearly all healthcare providers see population health as an important next step, a few leading organizations have separated themselves from the rest of the pack.” -- Rita Numerof, PhD

A growing number of healthcare delivery organizations are failing to keep pace with their population health objectives and falling even further behind the leaders in this space, according to the third annual State of Population Health survey by Numerof & Associates, a healthcare strategy consultancy.

In each prior administration of the survey, respondents predicted a dramatic increase in one measure of progress: the percentage of annual revenue that would be at risk in the next two years. However, those projections were not realized, as the majority of respondents to this year’s survey (54 percent) still reported less than 10 percent of their revenue comes through risk-based agreements.

In addition, the results indicate many organizations have fallen short of their readiness targets. In the 2015 survey, over half of respondents (59 percent) predicted they would be at least “very prepared” to take on risk in 2017. In the current survey, however, only one in five (21 percent) felt they had achieved that mark.

Despite this slow adoption overall, some leading organizations did report a substantial portion of revenue moving to new models, increasing the gap over the lagging providers. And most executives agree that population health is the future, with 95 percent of respondents rating it “moderately,” “very” or “critically” important.

“Numerof’s third annual survey finds that while nearly all healthcare providers see population health as an important next step, a few leading organizations have separated themselves from the rest of the pack,” said Rita Numerof, PhD, the firm’s president. “The shift in the business model has proven difficult for many to achieve due to institutional hurdles and concerns over financial losses.”

In the survey, one-quarter of respondents cited the threat of financial losses as a barrier to moving to a risk-based model, with other concerns including uncertainty about timing (12 percent), and issues with systems like IT, tracking, and management (12 percent).

While more than 75 percent of respondents reported involvement in risk-based agreements, their financial exposure has generally been limited.

“Hospitals that hedge their bets by experimenting at the margins with at-risk payment models underestimate the importance of moving up the experience curve,” said Michael Abrams, managing partner of Numerof & Associates. “Accountability for cost and quality is inevitable, and the sooner a commitment is made, the sooner the necessary competencies will be developed.”

Numerof conducted the study in collaboration with David B. Nash, MD, MBA, Dean of the Jefferson College of Population Health.

“Improving the health of the populations we serve while implementing population health management programs, as a part of risk-bearing arrangements, is an apparent paradox in our country today,” said Dr. Nash. “We want to improve health, but the numbers say that we are far short of previously stated goals. One is therefore forced to ask the question---what is the real mission of our industry at this key juncture?”

Methodology
Numerof’s third annual State of Population Health survey report summarizes responses from more than 400 executives in urban, suburban and rural areas across the United States. These individuals represented a wide range of delivery organizations, including standalone facilities, small systems and IDNs; for-profit, not-for-profit and government institutions; and academic and community facilities. The full report is available at: http://nai-consulting.com/numerof-state-of-population-health-survey/