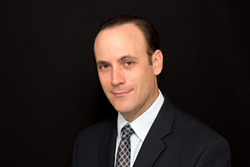 “New warehouses and distribution centers continue popping up throughout South Florida, adding jobs and boosting our economy,” said 2018 MIAMI Commercial President Brian Sharpe, a commercial Realtor with Sharpe Properties Group in Hialeah. “South Florida is a top-tier U.S. industrial real estate market and the stats back it up. South Florida’s population growth and investment opportunities make the region a hub for world markets and a top market influencer worldwide.”

As with all previous quarters going back to the last quarter of 2016 and 2017, Miami-Dade County accounted for more than half of all total South Florida industrial transactions in 4Q 2017. Miami-Dade County had 114 industrial sales in 4Q 2017 --- an increase of 6.5 percent over the previous quarter and the second highest quarterly total since 1Q 2017.

Broward County square footage transacted and total dollar volume jumped from the same period last year, while the number of transactions fell slightly to 68 in 4Q 2017.

Palm Beach had 37 total industrial transactions. The West Palm Beach/Riviera Beach submarket had the highest number of transactions and square footage transacted, accounting for 55.9 percent of the former metric and 48.6 percent of the latter for the quarter.

Despite an increase in new inventory, Miami-Dade multifamily transactions increased 44 percent year-over-year in the 4Q 2017.

About $2.7 billion in retail property changed hands in South Florida in 2017. The total square footage transacted across all three counties increased 29 percent year-over-year in 3Q 2017.

Miami-Dade County had 80 retail sales in 4Q 2017 – the second highest total for the year. Broward County posted an average value of $4 million per retail transaction, which equates to $268 million in dollar volume – a 37.9 percent quarterly increase. Palm Beach County retail saw a 28.7 percent increase in per square foot valuations compared to 4Q 2016.

Nearly 40 percent of the 10.7 million square feet in office that transacted in 2017 was located in Miami-Dade County. Miami-Dade had the highest dollar volume for the year, capturing 47 cents of every dollar spent on office in 2017.

Broward County had the highest per square foot office transaction average of the year at $246. In Palm Beach, the Boca Raton submarket claimed 47 cents of every dollar spent on office in Palm Beach during 4Q 2017.

About Vizzda
Vizzda (Visual Data) is a leading software and information provider to the Commercial Real Estate Industry. Vizzda's comprehensive data tracks every commercial sale, new project, contact information, and debt. Founded in 2011, Vizzda serves many of the largest commercial real estate firms in the nation. Because it runs five to ten days faster than other providers, Vizzda's clients enjoy unparalleled competitive advantages, including expanded deal flow, increased revenue, and access to the most active buyers and sellers in the industry.

About the MIAMI Association of REALTORS®
The MIAMI Association of REALTORS® was chartered by the National Association of Realtors in 1920 and is celebrating 98 years of service to Realtors, the buying and selling public, and the communities in South Florida. Comprised of six organizations, the Residential Association, MIAMI Commercial, the Broward Council, the Jupiter Tequesta Hobe Sound (JTHS-MIAMI) Council, the Young Professionals Network (YPN) Council and the award-winning International Council, it represents 47,000 real estate professionals in all aspects of real estate sales, marketing, and brokerage. It is the largest local Realtor association in the U.S. and has official partnerships with 171 international organizations worldwide. MIAMI’s official website is http://www.MiamiRealtors.com.